It looks like we can expect a new mini-ITX graphics card from MSI any day now as the company has begun teasing a shrunk down version of what could either be a GTX 1080 or a GTX 1070.

MSI posted a quick teaser image on its Facebook page late last week showing a full sized Aero 1080 or 1070 cooler behind a blacked out mini-ITX card. The image was accompanied by the following caption: “They say good things come in small packages. Can you guess what we’re introducing next week? Hint: Small package, BIG punch.” 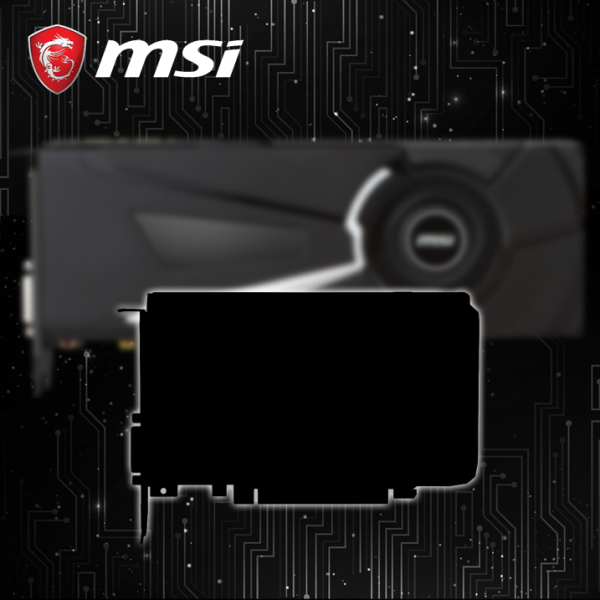 The image was initially posted last Thursday, so we should get a full reveal of this GPU later this week. However, the question still remains, is this going to be a tiny GTX 1080 or a tiny GTX 1070? We have previously seen GPU makers come out with mini versions of x70-series cards, such as the GTX 970 but we have never seen a mini-ITX version of a high-end x80 series GPU.

With that in mind, it seems more likely that this would be a GTX 1070 Mini but Pascal did bring along some efficiency benefits, so perhaps engineers have figured out a way to get it running on a tiny PCB with a much smaller cooler. Hopefully we find out more in the coming days.

KitGuru Says: I’d put my money on this being a 1070 given past mini-ITX GPU releases. Either way though, we should find out before the end of the week.

Previous Asus was the top gaming laptop seller in 2016, closely followed by MSI
Next Pro-Immigrant Humble Bundle nears $4 million, but some games are running out