We have been hearing for a while that Nvidia is working on a more power efficient version of its GTX 950 graphics card, one that would not necessarily require a 6-pin power adapter and now it looks like board partners already have access to it, with Asus set to be amongst the first to launch one of the new GTX 950 graphics cards.

The new GTX 950 makes use of a tweaked version of the same GM206 core, this time around though it can achieve similar if not slightly improved performance using just the power drawn from the PCIe express slot, removing the need for any additional connectors. 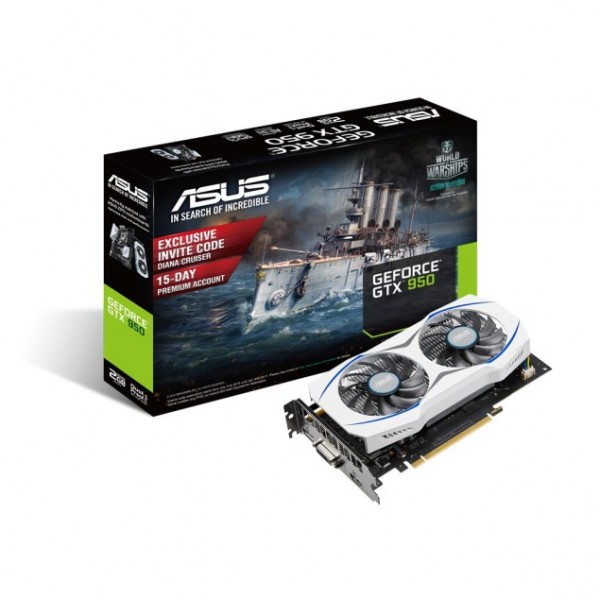 As far as specifications of the card go, it features 768 CUDA cores, 64 texture mapping units, 32 ROPs and a standard 2GB of GDDR5 VRAM. On top of that, thanks to Asus's own tweaking, it comes with a boost core clock rate of 1228 MHz.

Cooling the card is a dual-fan white solution, the white colour was chosen to help match up with some of the Asus Z170 boards, like the Z170 Deluxe.  Aside from all of that information though, we don't have a release date just yet.

KitGuru Says: There probably won't be much buzz around these new, more power efficient GTX 950s. Instead, we will likely see AIB's quietly put their solutions out on the market and given that we are already starting to see them pop up on the web, they may be available fairly soon.