Nvidia has been pushing its Game-Stream technology recently, the service originally launched on the Nvidia Shield handheld late last year and was arguably its biggest feature, but now it seems that the graphics chip maker is looking to expand as it has just announced its partnership with several other companies to release Game-Stream certified products for use with the Shield as well as Nvidia’s upcoming cloud gaming solution, the Grid.

This new streaming ecosystem will include pre-built PC’s and optimised WiFi routers. Companies on-board to release certified PC’s include: CyberPowerPC, Digital Storm, Falcon Northwest, IBuyPower, MainGear and Origin PCV3 Gaming. There’s no word on what hardware these PC’s will contain but it will require a 600 series or 700 series graphics card in order to stream games. 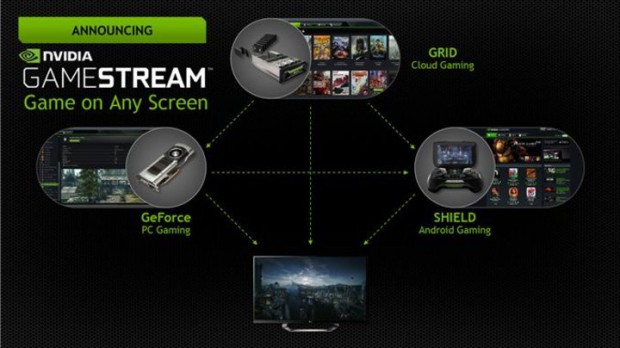 We do have some specifics on the WiFi routers though, certified router models include:

These selected routers will be optimised for cloud gaming through Nvidia’s Grid technology as well as local game streaming to Shield.

KitGuru Says: Nvidia has been working on its Grid technology for a couple of years now, I’m pretty interested to see how well that will work with the Shield when it finally becomes available to gamers.