Many of us are excited for the release of Cyberpunk 2077 later this year and it seems that Nvidia is just as hyped as the rest of us. After some teasing of a limited-edition Cyberpunk-themed GPU over the weekend, today Nvidia announced the RTX 2080Ti Cyberpunk 2077 Edition, with only 200 units made.

With just 200 of these GPUs in existence, they are without a doubt deserving of the ‘Limited Edition’ moniker. Unfortunately, they aren’t going up for sale, so you will need to test your luck in a sweepstakes competition in order to get hold of one. 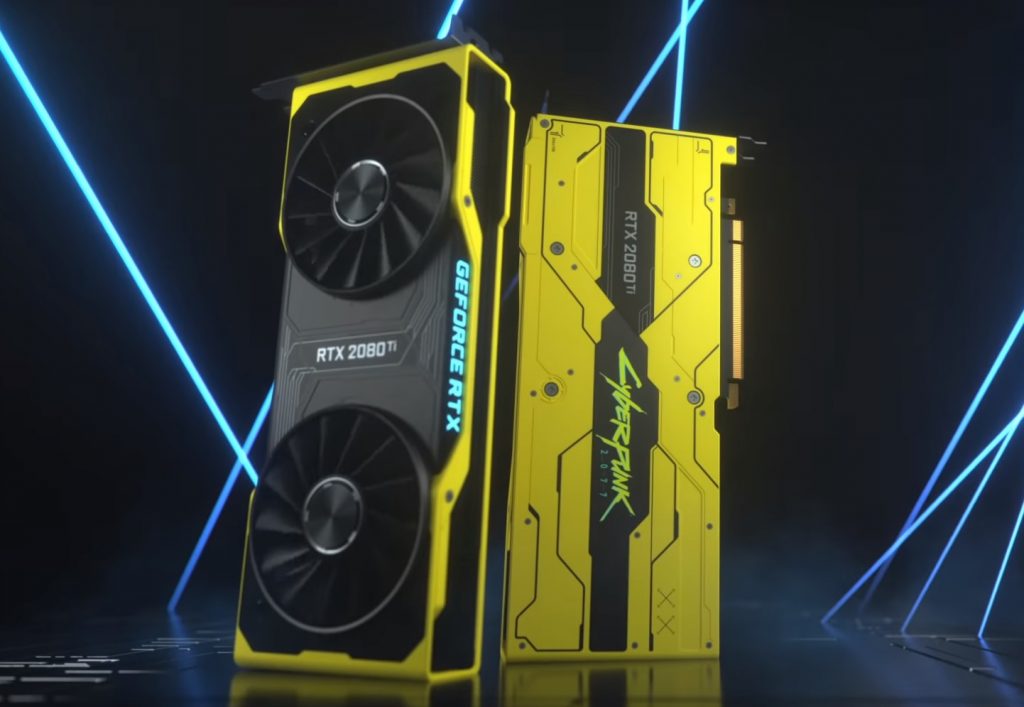 Each Cyberpunk 2077 RTX 2080Ti GPU comes with a custom AL5052 aluminium shroud, with the game’s signature yellow styling and logo. The GeForce RTX logo on the side is also blue instead of green, further matching the game logo.

In order to win one of these, you’ll need to enter the giveaway via the Nvidia GeForce social channels on Twitter, Instagram and Facebook. Just like/retweet/comment on one of the posts and reply tagging a fellow gamer and saying something positive about them while using the #RTXOn tag. Both you and the person you tag will be entered to win.

KitGuru Says: I’m not usually big on custom-themes for hardware but I do quite like the look of this one. We don’t get a lot of ‘Yellow’ in PC builds nowadays but I think it works well. Perhaps we’ll even see some modded systems with one of these later in the year. What do you all think of the Cyberpunk 2077 RTX 2080Ti? Will you be entering to win one?

Previous Sonic overtakes Detective Pikachu, with the highest opening weekend domestic record
Next Ubisoft is making a Triple-A VR game based on one of its ‘greatest IPs’