A major acquisition isn't the only talking point floating around Nvidia today. We are also seeing the company end support for two of its products soon, the first being 3D Vision and the second being the last remaining Kepler-based mobile GPUs.

3D Vision debuted back in 2008 on the cusp of the TV industry's big 3D TV push. Support for 3D Vision can still be found in high-end gaming monitors but game support has been drying up as time goes on. As a result, Nvidia is officially ending support for it in April 2019, although any critical issues will continue to be patched until April 2020. 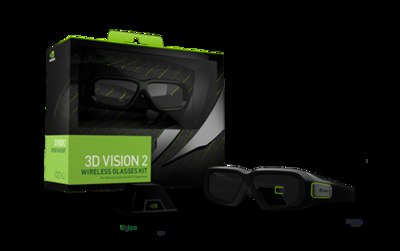 In April 2019, Nvidia will also be dropping ‘Game Ready' driver support for Kepler-based mobile GPUs. From April onward, these laptop GPU driver updates will only target Maxwell, Pascal and Turing, so if you are still rocking a laptop with 600 or 700 series graphics, it will be time to start looking at upgrades soon.

KitGuru Says: With virtual reality starting to become more common, it makes sense to put 3D Vision to rest. With that said, I do wish I had tried it back in the day. Did any of you use 3D Vision at all over the years?