Following on from several leaks earlier this year, Nvidia is launching the RTX 3050 Ti and RTX 3050 laptop GPUs today. RTX 3050 series laptops will start at $799 and deliver up to 2x the performance compared to the previous generation GTX 1650 Ti.

For the first time, Nvidia's xx50 series GPUs have ray-tracing and DLSS capabilities. Thanks to DLSS support, these laptops should deliver affordable, 1080p/60FPS gaming in a portable form factor. Internal Nvidia benchmarks show that the RTX 3050 Ti can deliver just over 80 frames per second in Call of Duty Warzone will DLSS off and switching DLSS on brings performance up to around 100 frames per second. For comparison, the last-gen GTX 1650 Ti is shown as delivering just over 50 frames per second. 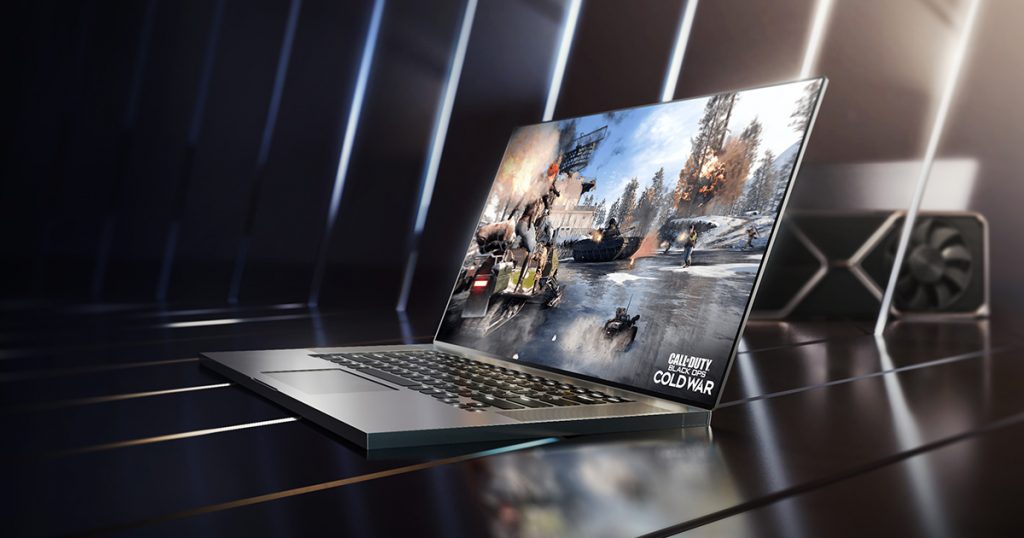 In the table below, you will find the technical specifications for the full RTX 30 series laptop GPU line-up:

These GPUs aren't just aimed at gaming laptops though, they will also feature on ‘creator' laptops, like the Dell XPS 15. In creative apps, Nvidia claims that the RTX 3050 Ti delivers up to 7x more performance in 4K video editing and up to 4x more performance in photo editing.

RTX GPUs can now be found in over 140 different laptop models and with the new RTX 3050/Ti GPU launch, more laptops will be on the way from the likes of MSI, ASUS, Alienware, Razer, Dell, HP and Lenovo. RTX 3050 series laptops will be available soon, starting at $799.

KitGuru Says: The RTX 3050 series has officially arrived. Are any of you planning to pick up an entry-level gaming laptop this year? Will you be looking to go with an RTX 3050 or RTX 3050 Ti model?