The GeForce Experience has been a part of Nvidia’s software for some time now but this year it will be getting a big overhaul with a totally new UI and some changes under the hood, reducing the amount of memory the app uses and increasing the speed at which it loads up.

The new GeForce Experience is fast and lightweight, so it should load up to three times faster and use two times less memory than before. In the new version of the app, the home page is simplified making games and optimal settings accessible quicker. 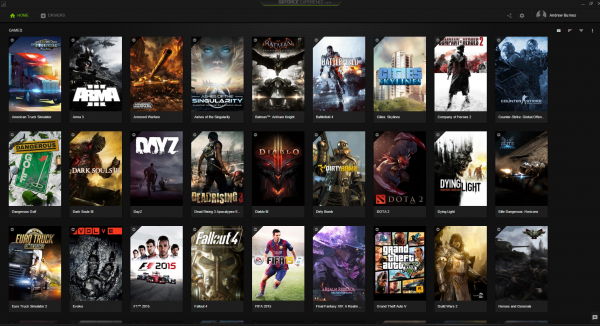 Shadow Play has also had some improvements, with the Share Overlay UI now allowing gameplay recording at 60 FPS in resolutions up to 4K in fullscreen and windowed mode. The UI also lets you tweak livestream settings or upload footage straight to YouTube. There is also a screenshot function that lets you post your images straight to Imgur.

One important change that does need to be mentioned is the new account system. The new GeForce Experience will require an Nvidia account or a Google account linked to the app, this will automatically make users eligible for giveaways, grant access to betas and allow for automatic access to the GameStream feature for Shield devices.

The new GeForce Experience is currently in beta but you can try it out already but do be aware that there are some bugs. Also the LED visualiser isn’t in the current release, so you won’t be able to add effects to your GPU’s GeForce logo. You can get hold of the beta, HERE.