Call of Duty Warzone, which uses the same engine as 2019's Modern Warfare, now supports DLSS, which can boost performance by as much as 70 percent at 4K resolution. 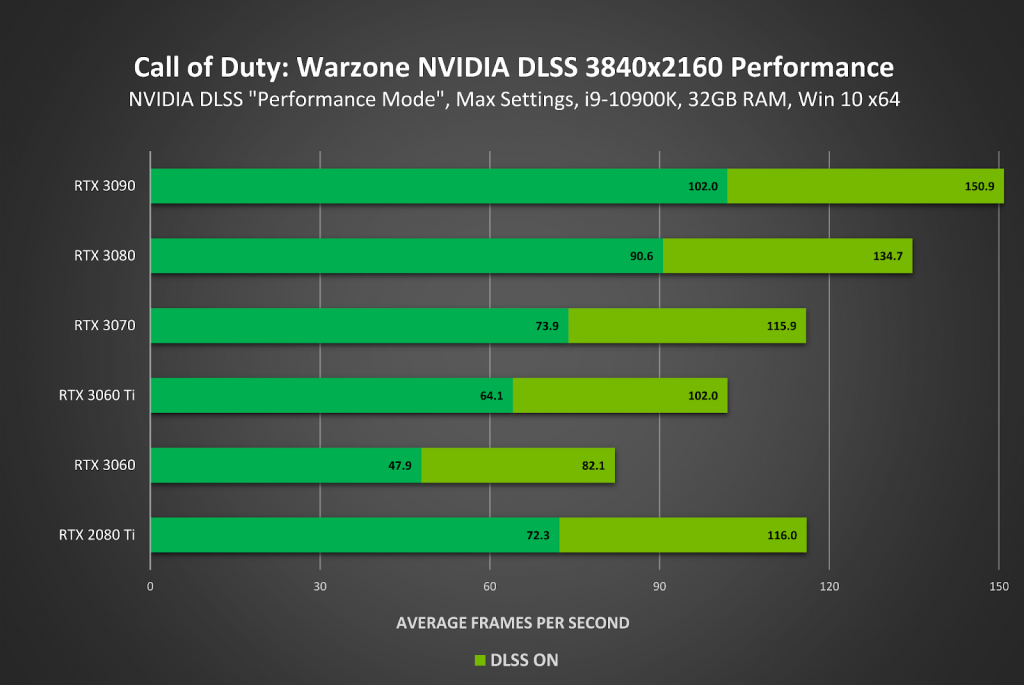 There are also significant gains to be had on entry-level RTX graphics cards, with the RTX 3060 gaining almost double performance with DLSS on, moving from under 50 frames per second to over 80 frames per second.

Call of Duty: Warzone continues to be one of the most popular online games around and also supports other Nvidia technologies, including Nvidia Reflex for minimal input latency and real-time ray-tracing effects.

KitGuru Says: This addition has been a long time coming. Are many of you still playing Warzone with an RTX 30 or RTX 20 series GPU? Have you tried running the game with DLSS on yet?