PCIe 4.0 specifications have been finalised

Over the last few years, work on the PCIe 4.0 standard has been well under way. Last year, we saw the initial spec sheet that the PCI-SIG was aiming for and now today, the group announced that the PCIe 4.0 specification has been finalised. The new standard will allow devices to draw more power and transfer speeds for the 16x slot will jump to 16GT/s.

The PCI SIG (special interest group) has been developing PCI Express 4.0 since late 2011. The transfer rate for 16x PCIe 4.0 slots will be 16GT/s, which is just under 32GB/s. As far as power goes, power draw directly from the slot will remain at 75W but external power adapters should be able to exceed 225W.

PCI-SIG partners can have access to the final specification already. Beyond that, the group has also begun work on the PCIe 5.0 specification, which is targeted for Q2 2019.

KitGuru Says: PCI Express has evolved a ton over the last decade and it looks like we are going to see continual improvements at a fast pace. We don’t know when we’ll start seeing PCIe 4.0 in motherboards just yet but we’ll keep an eye out for news on that front.

Previous PUBG’s deadlier blue zones patch is live, vaulting is almost ready
Next The government responds to petition on loot boxes and gambling 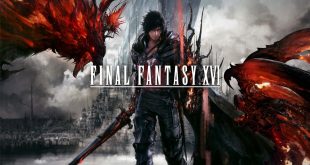