Back when NVIDIA first announced RTX GPUs, a number of games were listed to support real time ray-tracing. One of the first games to be announced was Assetto Corsa Competizione, but it looks like that announcement may have come too soon, as RTX implementation is low on the list of development priorities.

This isn’t an uncommon occurrence, there have been a number of games announced to support RTX, only to launch without it, followed by several months of silence. This has been the case so far with Assetto Corsa Competizione, which left Steam Early Access back in May. 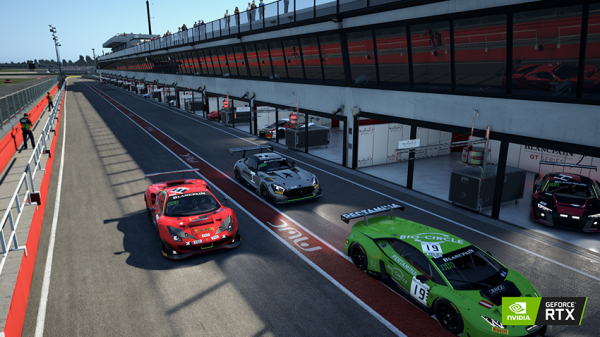 An update from one of the developers on the game’s official forums explains the lack of RTX support for now, saying that while it could still come eventually, it isn’t something the team is looking to dedicate resources to at this point in time:

“Our priority is to improve, optimize, and evolve all aspects of ACC. If after our long list of priorities the level of optimization of the title, and the maturity of the technology, permits a full blown implementation of RTX, we will gladly explore the possibility, but as of now there is no reason to steal development resources and time for a very low frame rate implementation.”

So while Assetto Corsa Competizione remains on Nvidia’s list of RTX supported games, it looks like that’s not necessarily something the developers are committed to. That’s not to say ray-tracing won’t come eventually but it sounds like it will be a long wait at the very least.

KitGuru Says: This is somewhat disappointing news, although I understand why ray-tracing might not be particularly high on the studio’s priority list. This does unfortunately cast some doubt on the list of announced RTX games though, as it seems that these plans aren’t as set in stone as we once thought.