As far as custom RX 5700 XT's go, Sapphire's NITRO+ edition has been one of the best so far but there are still more improvements to come. Today, the Sapphire RX 5700 XT NITRO+ Special Edition has been announced, bringing impressive boost clock speeds, overclocked memory and ARGB fans.

With the Nitro+ Special Edition, Sapphire has boosted performance by a further six percent, with 14.4Gbps overclocked memory and a bigger 2035MHz boost clock for the GPU. You can get even more of a performance increase using Sapphire Trixx Boost, which can have an impressive impact and seems to deliver superior visual results compared to something like Nvidia's DLSS. 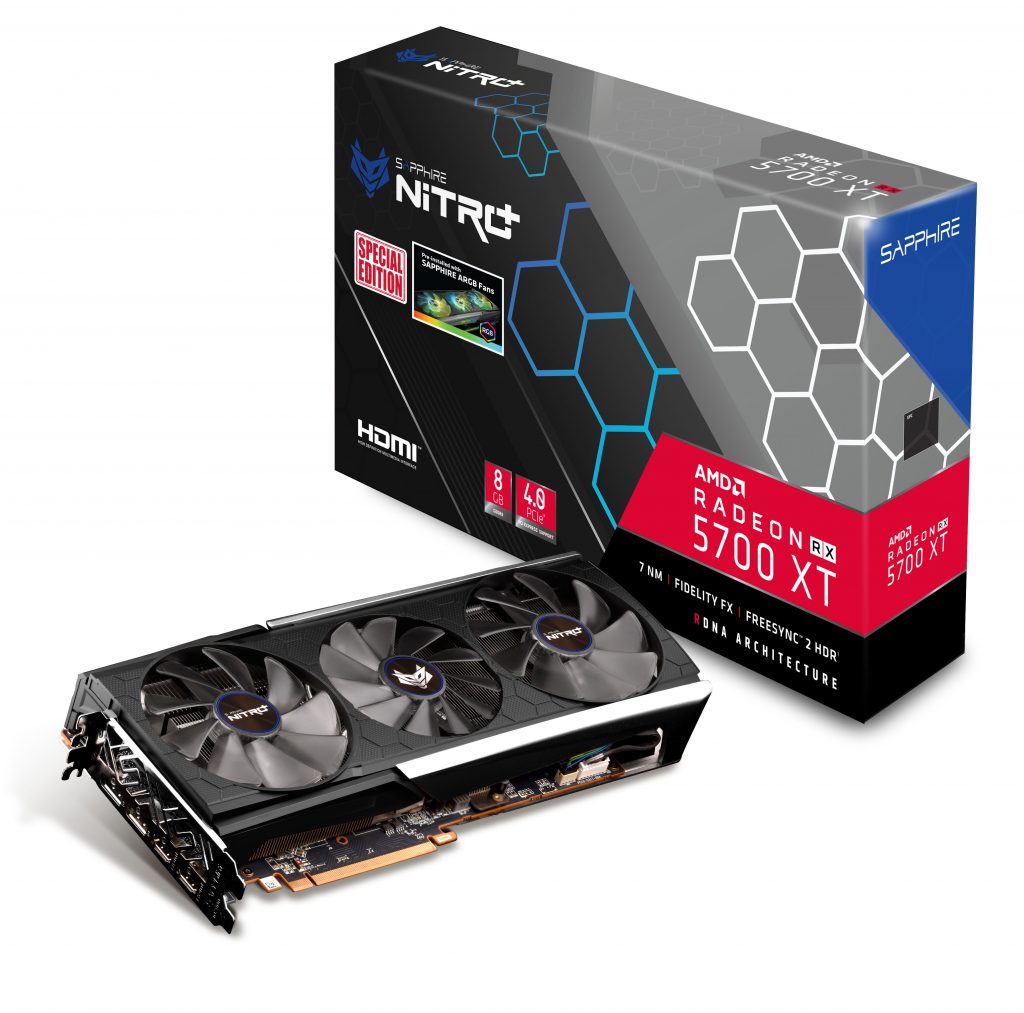 The Tri-X cooling solution found on the card is engineered to deliver low temperatures, minimum noise and maximum reliability. The GPU should hold under 75°C while running 13 dBA quieter than a standard RX 5700 XT- it will look nicer too thanks to the new ARGB fans. It also has an 8+1+2 phase digital power design, unlocking some extra overclocking room to really push the RDNA architecture to its limits.

The Sapphire NITRO+ RX 5700 XT Special Edition is already available at retailers across the US and Europe, including Overclockers UK. Over here, pricing is £439.99 at the time of publishing.

KitGuru Says: The Nitro+ Special Edition could make a case for the best custom RX 5700 XT on the market, so it will be interesting to see benchmark results. Are any of you currently in the market for an RX 5700 XT? Would you consider the new Special Edition from Sapphire?