Word on the street this week is that SK Hynix is currently preparing to begin mass producing its HBM2 4GB DRAM chips in Q3 this year. According to a report published this week, 4GB DRAM production will begin in Q3, which will be swiftly followed by 8GB HBM2 DRAM in Q4 of this year. These chips will apparently be used on both future Nvidia Pascal graphics cards and AMD Polaris GPUs.

The report comes from Golem.de, which had an interview with someone privy to SK Hynix's plans for the rollout of HBM2 this year. 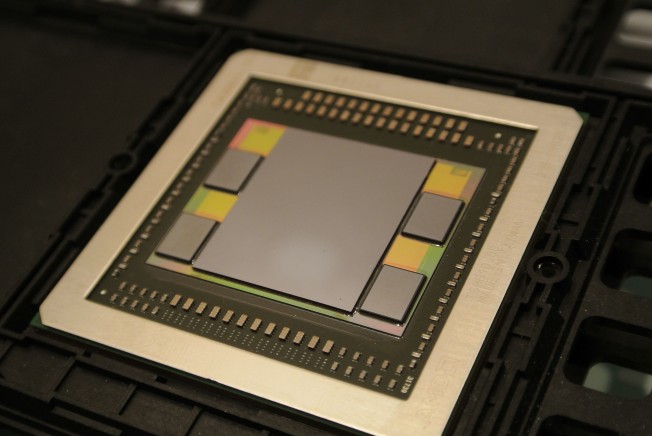 The purpose of SK Hynix mass producing its own HBM2 DRAM chips in the second half of the year is to offer AMD and Nvidia an alternative to Samsung's own HBM2 chips, which will likely appear on the first batch of new architecture GPUs we see this year from both AMD and Nvidia.

On top of HBM2, Polaris and Pascal graphics cards are also likely set to feature GDDR5X memory as well, with HBM reserved for top-tier graphics cards. GDDR5X will be a slightly higher performance and cheap to implement alternative to GDDR5, rather than a competitor to HBM2.

KitGuru Says: This is interesting news to come by but obviously it is not confirmed at the moment so take it all with a grain of salt. Are any of you planning on upgrading when AMD and Nvidia launch their new GPUs later this year? Will you be springing for an HBM card?