If any of you were waiting on Vulkan support to start playing this year's Doom then you will be happy to hear that support has officially been implemented. Vulkan is a new graphics API created by Khronos Group and similarly to AMD's Mantle or DirectX 12, it gives developers lower level access to hardware, allowing them to boost performance.

A patch released last night for the game now allows users to pick between running OpenGL or Vulkan. You will need to check that your video card drivers are up to date too in order to get it working properly. 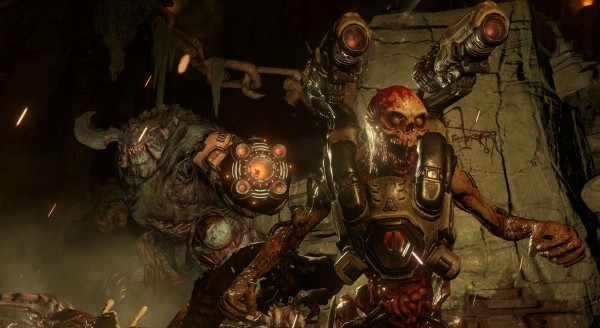 Going forward when you launch Doom, an additional text box will pop-up asking if you want to run in OpenGL or Vulkan. This API is currently supported on most graphics cards but Bethesda has pointed out that Nvidia graphics cards with only 2GB of VRAM won't work and neither will the GTX 690.

Vulkan mode will make use of Asynchronous Compute so those with AMD GPUs can get even more out of this API switch. Right now, Bethesda is working with Nvidia to get it working on those GPUs as well. You can find the full list of known issues and general FAQ about Vulkan on Bethesda's blog post.

KitGuru Says: We have seen little bits and pieces of what Vulkan can do for a game like Doom but now that it is out in the open, it will be interesting to see how people get on with it. Are any of you still playing Doom? Will you be trying out the new Vulkan mode?