Back in September, Ubisoft announced the PC system requirements for Watch Dogs: Legion on PC. Now that a new generation of RTX graphics cards have hit the market, those system requirements have been expanded to include hardware for ray-tracing effects.

As a reminder, here are the base specs for those just looking to play the game without turning on ray-tracing: 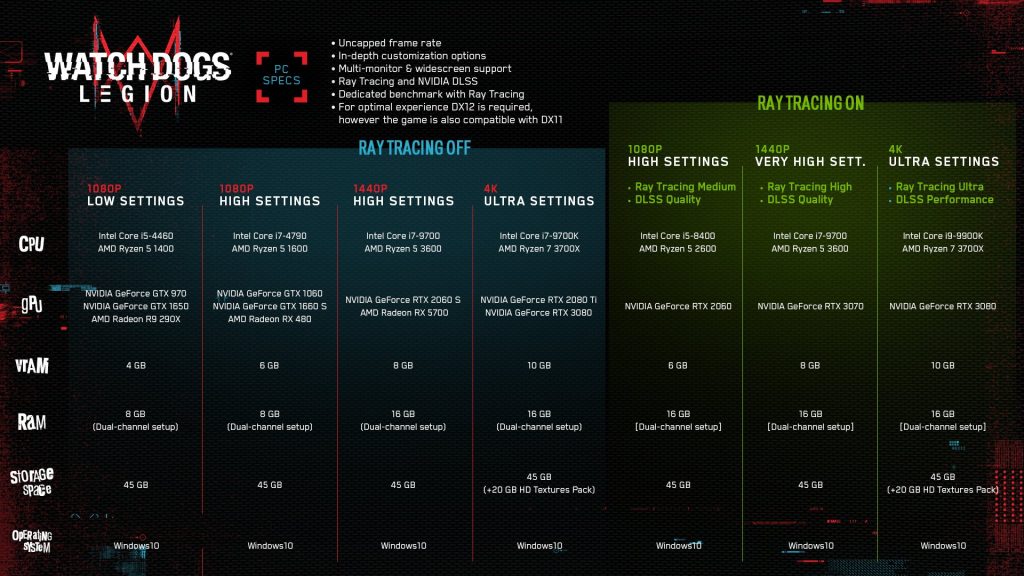 As you would expect, for 4K and ultra ray-tracing quality (with DLSS on) you are recommended an RTX 3080. Previously, the recommended ray-tracing 4K requirements called for an RTX 2080Ti, but this was prior to the announcement of the new RTX 30 series. Judging by the new list, RTX 2080Ti owners will want to take follow the RTX 3070 recommended settings.

KitGuru Says: Watch Dogs Legion is coming out very soon. Are many of you planning on picking this one up later this month?