Wolfenstein: Youngblood to get ray-tracing in post-launch patch

Wolfenstein: Youngblood is coming out in just a few days time and is set to be one of Nvidia’s big ray-tracing showcases this year. Currently, all RTX GPU buyers will get a code for Wolfenstein: Youngblood. Given all of the RTX-specific promotion this game is getting, you might have expected those features to be there at launch but unfortunately, that apparently won’t be the case.

We have seen this situation play out before. Last year, Shadow of the Tomb Raider was one of the ‘showcase’ games for the RTX 20-series GPU launch but the update to introduce ray-traced shadows didn’t arrive until earlier this year. According to Wolfenstein: Youngblood executive producer, Jerk Gustafsson, this game will be in a similar situation, with RTX features set to arrive after launch as part of a patch. 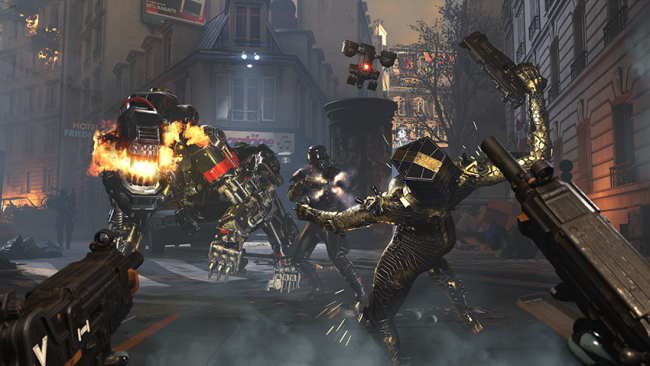 Speaking with GamesBeat, Gustafsson was asked how ray-tracing is looking in the game and he responded with: “We’re working together with Nvidia on that, but raytracing won’t be available at launch. The engineers at Nvidia are still hard at work getting that solution to look as good as possible for the game, and the date is still to be determined. But from what we’ve seen so far, it’ll be good.”

Wolfenstein: Youngblood comes out on the 26th of July. For now, it seems that ray-tracing won’t be there at launch but hopefully the developers, or Nvidia, can give us some kind of ETA on that soon.

KitGuru Says: It took around six months for ray-tracing to arrive in Shadow of the Tomb Raider. Hopefully the gap between launch and the RTX patch won’t be that large for Wolfenstein. On the plus side, Remedy’s Control should be launching with RTX at launch based on what I saw at a recent event, which I’ll be talking a bit more about later today.