The TITAN V was a GPU aimed towards machine learning, with the introduction of Tensor Cores and 12GB of HBM2. Now, at the Computer Vision and Pattern Recognition conference, Nvidia’s CEO has given away twenty TITAN V ‘CEO Edition’ GPUs to twenty random guests. The special thing about these GPUs being the whopping 32GB of HBM2 VRAM.

The Computer Vision and Pattern Recognition Conference is where many of the world’s leading AI researchers congregate to speak and learn about AI development. The TITAN V is Nvidia’s contribution to AI development, and they saw fit to give twenty random guests a special CEO Edition of the GPU. 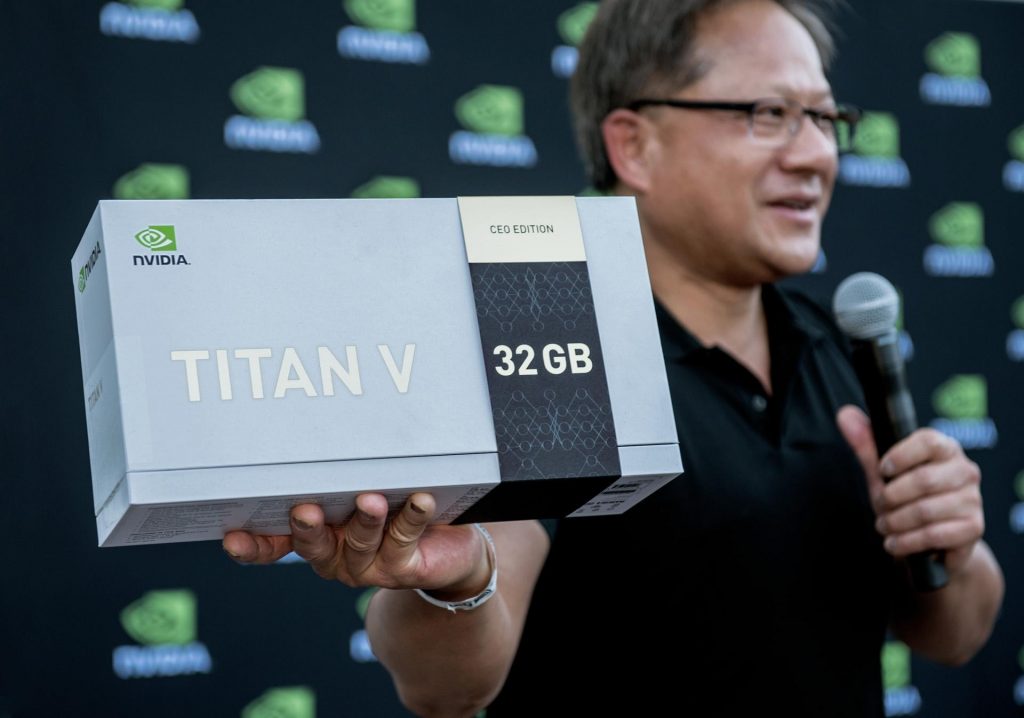 The TITAN V CEO Edition packs a mighty 32GB of HBM2, as well as a total of 5120 CUDA cores and 320 texture units. The original TITAN V and this special edition one are about the same, only with the huge bump in VRAM.

The TITAN V CEO Edition will not be released commercially, so you won’t be able to pick this up any time soon.

KitGuru Says: It’s almost a shame that they won’t release the CEO edition commercially, I’m sure other AI researchers are very disappointed they won’t be able to get their hands on such a powerful GPU. Would you like to see the CEO Edition released for the public?