Yesterday we learned that Facebook is planning to further monetise Messenger with auto-playing video ads. Now, we have more details on the social networks future monetisation plans, with Groups set to get subscription fees.

Facebook made the announcement in a press release today, with the company claiming that it often hears from group admins that they are looking for a way to earn money from their groups so that they can engage more with their community. To start off with, Facebook won't be taking a cut of Group subscription fees, but that will likely change in the future. 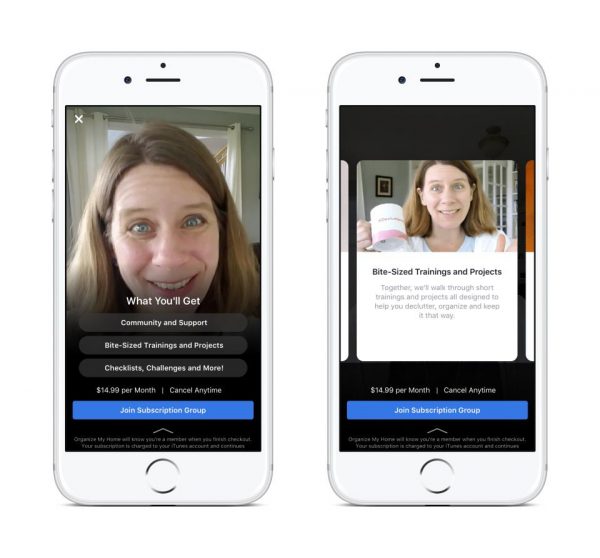 As it currently stands, this new feature is currently in a test pilot phase and only a few groups currently have the choice to charge a subscription for access. These groups are Declutter My Home, Grown and Flown Parents, and Cooking on a Budget.

Business Insider reports a bit more specifically about the costs of subscriptions to each of these groups. There is a quite a wide spread of fees, Cooking on A Budget will charge $10 a month, whereas Grown and Flown Parents will be charging a hefty $30 a month fee. The former will give subscribers access to weekly meal plans and shopping lists. The latter will focus on college admissions and give access to college counsellors.

KitGuru Says: I’ve not seen a Facebook Group that I thought required monetising, but they apparently exist. It will be interesting to see if this takes off. What do you think about subscriptions for Facebook Groups?