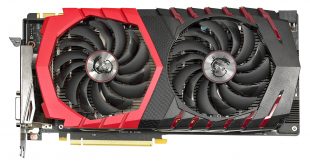 The GTX 1080 has been out since mid-2016 and in the wake of a number of high-end releases, including the GTX 1080 Ti  and the Titan Xp, Nvidia has refreshed the GTX 1080 to keep it competitive and in the minds of consumers. MSI's Gaming X Plus is the first of the refreshed GTX 1080s KitGuru has had a chance to assess. 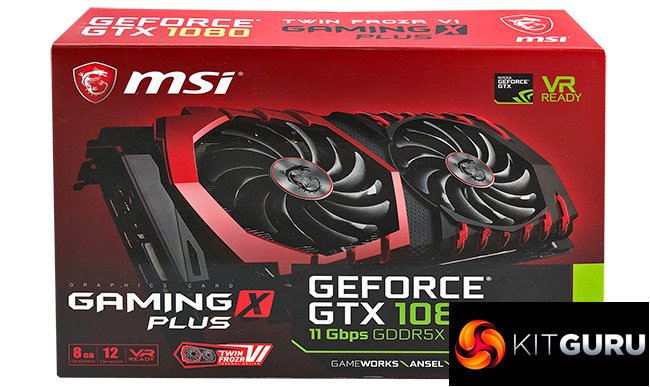 The only noteworthy change between MSI's GTX 1080 Gaming X and the new GTX 1080 Gaming X Plus is a faster memory configuration, made possible by more capable Micron GDDR5X memory chips. The stock memory throughput is now 11 Gbps, instead of 10 Gbps, and that 10 per cent boost to memory bandwidth will give newer GTX 1080s a slight advantage over last year's models as well as making them closer in performance to GTX 1080 Ti graphics cards.

There is little to differentiate these 11 Gbps GTX 1080s from last year's models so expect graphics card vendors to simply re-release their GTX 1080 board designs with faster memory from the factory, slowly phasing down production of units with 10 Gbps memory. Most vendors seem to be choosing to add a new model with some signifier as to the faster memory in the name, MSI has used Plus while ASUS is more to the point including 11 Gbps in the model name.

MSI's GTX 1080 Gaming X Plus is identical to the GTX 1080 Gaming X in terms of its cooling solution, PCB and feature set. That's no bad thing either since our review of that card revealed it to be an excellent graphics card – low noise and temperatures, strong performance and solid build quality. 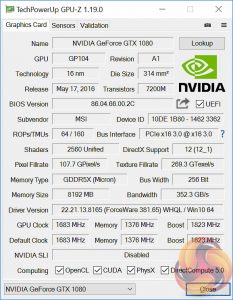 GPU-Z confirms the 10 per cent boost in memory frequency. MSI has also matched clock speeds between the Gaming X and Gaming X Plus so any performance boost is exclusively from the faster memory, rather than any other factors. A quick scour of UK retailers shows us that pricing is more or less identical between the models, if anything, the older model seems to be more expensive at many retailers which is a peculiar situation.

The overall deal with MSI's new 11 Gbps graphics card is made even sweeter by the fact MSI is running a cashback promotion at the moment, until the end of May, which is giving UK buyers £43 off the price of all of its GTX 1080 graphics cards.