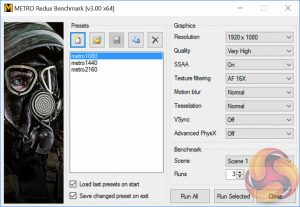 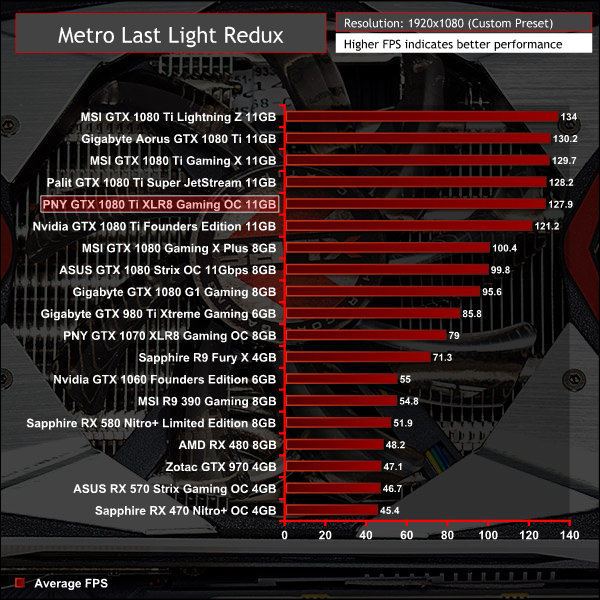 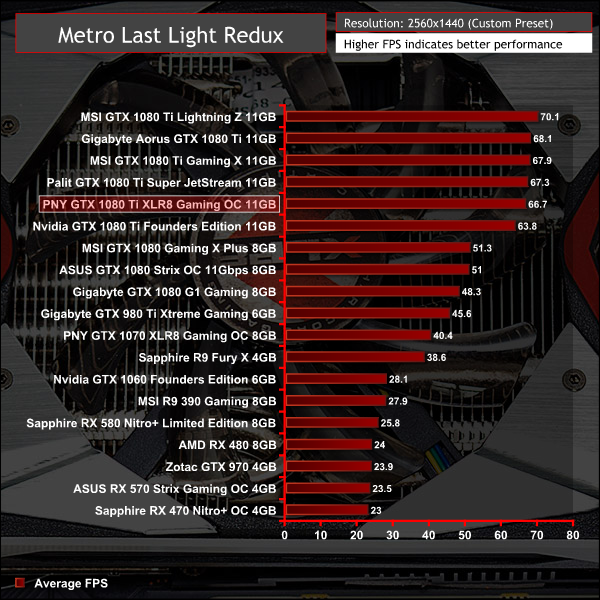 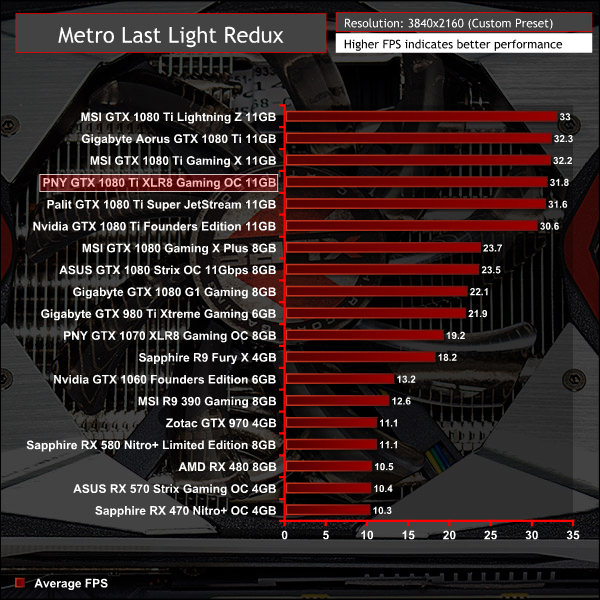 Metro Last Light scales neatly and so the PNY card falls slightly behind the Palit card which is clocked marginally higher. Full details on the clock speed configurations of all benchmarked GPUs is available on the Testing Methodology page.