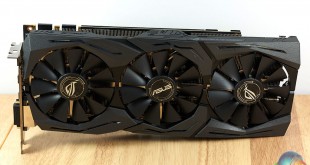 Today we take a look at the new Asus Republic Of Gamers Strix GTX 1070 – a custom, overclocked card featuring a triple fan cooling system and dedicated RGB lighting system. We tested its bigger brother – the ROG Strix GTX 1080 early June, so we have high hopes that the card on test today is able to deliver plenty of performance while maintaining a tight thermal curve. 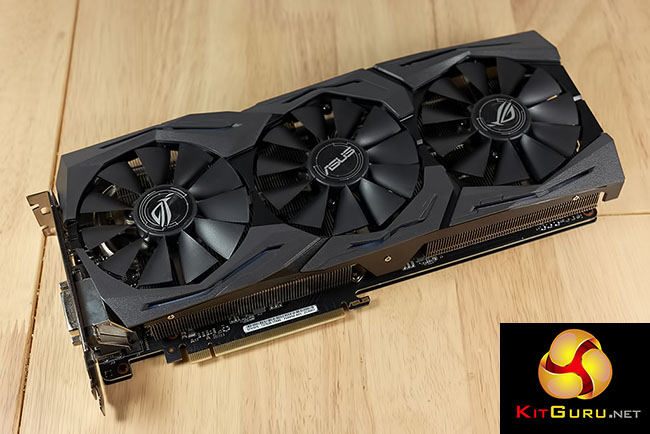 The ASUS Republic Of Gamers Strix GTX 1070 incorporates the latest DirectCU III triple fan cooler with patented ‘wing blade' fans. There are also GPU controlled fan headers on the PCB of the graphics card to support additional cooling, if desired.

The card adopts a full RGB ‘AURA' lighting system, which was also incorporated into the larger ROG GTX1080 Strix from ASUS.

If you want to read more on the Pascal architecture, head to our page, over HERE. 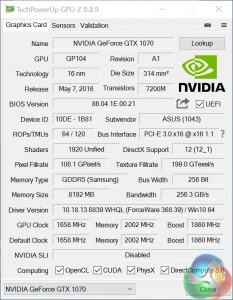 The ASUS Republic Of Gamers Strix GTX 1070 Aura RGB is clocked higher than the Founders Edition card, and there are two modes that it can run at. In Gaming Mode the graphics card runs at 1632mhz core, with a boost speed of 1835mhz. In the faster OC Mode the card operates at 1657mhz with a boost speed of 1860mhz. I am testing at the higher OC profile speeds today (see GPUz image above).