Our second article today for the AMD HD6990 launch event has highlighted increased performance levels when running the HD6990 in a Dual CrossFireX configuration. With most games the scaling is extremely impressive, especially when we move to a four screen setup at 7680 resolution. Titles such as Crysis Warhead improved noticeably, meaning we could actually raise the image quality a little more if we wanted.

As we mentioned earlier today, the AMD reference cooler can get noisy, and this is magnified when running two cards side by side. The radiated heat means that the fan has to work much harder, sometimes reaching 95 percent. Clearly audible and actually rather annoying.

We thought that scoring 9,500 points in 3Dmark 11 from a  reference HD6990 was a hell of an achievement, but it somewhat pales in comparison with 14,000 in dual CrossfireX. Sure, we don’t play benchmarks, but the performance geek in all of us loves to see exciting new results from the latest hardware. I remember thinking 6,000 points from a GTX580 was monumental. How quickly the performance charts move.

Unigine Heaven is a fascinating benchmark for us, because it gives an indication of how games might develop over the next year, especially in regards to tessellation. Two GTX 580’s in SLI score over 92 frames per second, while the HD6990 in Dual CrossfireX can produce over 144 fps in the same situation. These really are incredible results, especially when AMD’s last generation high end cards such as the HD5870 struggled to hit 40 fps, even when overclocked.

The HIS HD6990 doesn’t offer anything new when compared with our earlier AMD reference sample, because all that is new is a sticker with a sword on it. Their bundle is decent however, as they include all the necessary cables and adapters for multiple screen configurations. The mini displayport to HDMI cable is particularly useful to us, as we tend to game on a 50 inch 1080p television. Audio is transmitted over this converter cable incidentally, which can save with cable mess in a living room environment.

AMD’s cooler is actually not a bad design because it has to deal with a tremendous amount of transmitted heat when loaded. Sadly, it can get rather loud and we really do hope that the AIB’s can release something more substantial, preferably with larger dual fans to offer much reduced noise levels. The HD6990 in Dual CrossfireX is a performance enthusiast users wet dream, but we aren’t sure that many people would be willing to live with the noise levels on a day to day basis.

Buying two of these cards would set you back £1,100 which is a lot of money, however when you consider that last year XFX were selling the HD5970 Black Edition Limited card for £900 each then it doesn’t look like such a bad deal. The HD6990 is considerably more powerful than the HD5970, even the modified XFX version.

KitGuru says: If you have a single 30 inch screen, then one of these cards is more than enough. If you want some future proofing and plan on getting four or even five screens then two of these cards is actually a reasonable investment. 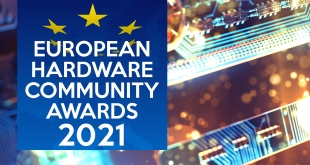 The results are in for the European Hardware Community Awards 2021. Reaching well over 20 million technology buyers, no other survey comes close to capturing the collective wisdom of the people when it comes to the deciding the ‘Best of the Best’ in the technology sector. But who are the winners? Find out now!