The card runs at 425mhz on the GPU core and 1200mhz for the memory which is linked to a 256bit memory bus. nVidia state that the 480m is SLI capable and features CUDA, physX, 3d Vision and DX11 support. We have yet to receive any information on the TDP however with underclocking they are clearly trying to keep it under control. Rumours are circulating that it may be a 100W+ TDP although we are not confirming this on any level.

nVidia have stated that a Clevo based notebook will be the first to get it, probably in a matter of a couple of weeks.

KitGuru says: Benchmarks should be impressive especially in SLI, but we are equally interested in cooling demands and temperatures.

Discuss this article in our forums or just leave a quick comment below. 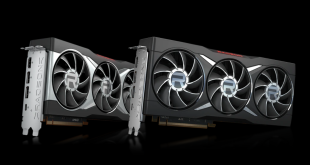 After the success of the Ryzen DRAM Calculator and the Clock Tuner for Ryzen, 1usmus …