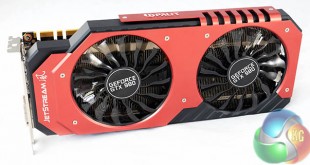 Nvidia’s recent GTX970 and GTX980 launch has been one of the most successful we can remember. We have already analysed many partner cards and today we look at the new flagship model from Palit – the GTX980 Super Jetstream. This card is the first one that ships with a core clock speed over 1,200mhz ‘out of the box’. It is also the first high end Maxwell card we have tested with enhanced memory timings as well. How does it stack up against other cards available on the market today? 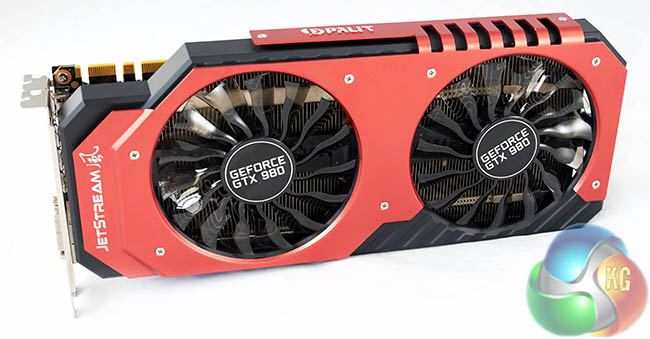 First impressions of the Palit GTX980 Super JetStream are very positive. The red metallic colour is very eye catching and the dual fans are constructed from a high number of sculpted blades. We will look at this in more detail on the next page.

The Palit GTX980 Super JetStream OC has received a core clock enhancement to 1,203mhz, from 1,126mhz on the reference design. The GDDR5 memory has also received a small tweak, clocked from 1,753mhz to 1,800mhz (7.2Gbps effective).