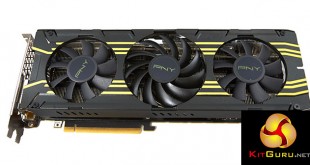 KitGuru has reviewed a wide selection of partner GTX980 Ti's in the last month and today we take a look at the new PNY GTX980 Ti XLR8 OC Edition which is due for release soon in the United Kingdom. This card ships with out of the box overclocked speeds and a custom 3 fan cooler. How does it shape up against MSI, Asus, Palit and Gigabyte cards? 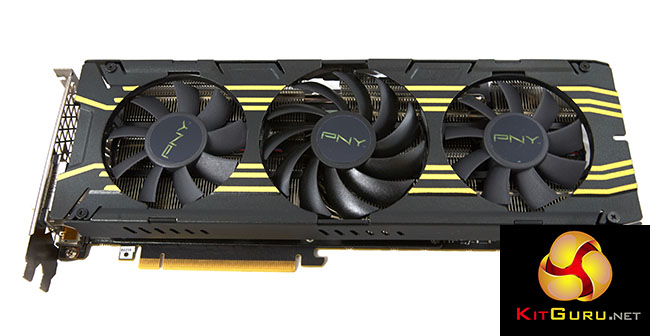 PNY have went for a three fan cooling system. Asus and Gigabyte have both opted for triple fan coolers for their STRIX and G1 Gaming solutions, with the ability to push greater levels of air across the full length of the PCB while Palit and MSI went for a dual fan configuration.

We retested all AMD hardware in the last week with the latest Catalyst 15.7 driver – of particular note are Crossfire fixes for the R9 295X2 in titles such as Witcher 3: Wild Hunt. This transforms the game from an unplayable mess into a fantastic experience – but more on that later.