So there we have it, the Zotac GTX 480 in all its glory. It is certainly a fast card, outclassing the reference HD5870 in many of our tests today. Our rough calculations show it to be around 13% faster depending on the engine, which is a decent margin.

Things however are not so clear when we compare directly with the XFX HD5870 Black Edition which hangs onto the GTX480 all the way through our testing, losing out on a few such as GTA 4 and Metro 2033, but bouncing back to lead the pack with Dirt 2 and Alien V Predator. That said, when you see Far Cry 2 running the differences are massively in favour of the nVidia board, it is almost in a different league altogether. Driver tweaks and hardware differences assuredly favour this particular engine.

Overall we would say the Zotac GTX 480 is still slightly faster than the HD5870 Black Edition, but it is really very close to call and when you start factoring in other parts of the buying decision it gets more complicated.

Firstly we have power requirements … the GTX 480 is a supersized hog on steroids when it comes to power demands, eating through enormous amounts of watts to satisfy its requirements. When you look at it next to the HD5870 it is consuming around 100 watts more under load, thats significant by any definition of the word.

The GTX 480 is also a loud card, and its noticably louder than a HD5870 – when I was testing Crysis Warhead, it was easy to tell which card was being used. This didn’t annoy me personally but it might annoy people who have sensitive ears and don’t want to deal with swirling vortexs in their chassis.

Overclocking the GTX 480 was not something I would recommend to the public, not with temperatures in the 90s on a regular basis – however we did manage to get the card from 700/1,400/3,698 to 800/1,600/4,224mhz which is a pretty good overclock. Sadly power drain rose by over 50watts, noise increased by 2-3dBa and temperatures hit 100c under load. Unless you are on water cooling I would not recommend anyone to overclock this card.

My biggest concern are the temperatures, because regardless of what nVidia or AMD tell us, we never like to see temperatures in excess of 90c long term. Sure they may say its fine right up to 100c, but going on past experiences we would not be so sure as to dismiss these heat issues out of hand.

Overall the choice is down to the consumer … yes you. If you can deal with the added power and heat and the somewhat noticeable noise when gaming then the GTX 480 delivers some incredible frame rates with the most demanding engines at the highest resolutions. I was impressed with the gaming performance and I could live with the noise and power drain, but the temperatures really concern me, especially long term.

If you are in the UK, Yoyotech are currently stocking this card for around £440.

KitGuru says: If you want power and don’t want to rely on SLi or Crossfire profiles, this is a good buy.

Discuss the review in our forums over here or just leave a quick comment below. 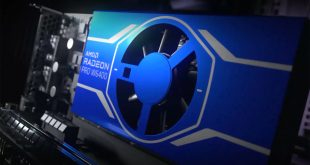