SSDs are known to significantly outclass HDDs in terms of performance, but Seagate has been developing a new technology that should reduce the difference. Named Mach.2, this new technology features a dual-actuator and two HDDs working simultaneously to deliver a level of performance similar to a SATA SSD, making it the fastest HDD in the world.

The first HDD to feature this technology is the 14TB Seagate Mach.2 Exos 2X14, which features 2x 7TB HDDs in a 3.5-inch casing filled with helium. This 7200RPM HDD features a multi-segmented 256MB cache and uses a single-port SAS 12Gb/s interface to reach a maximum transfer rate of 524MB/s. With an average latency of 4.16 ms, the Mach.2 Exos 2X14 is capable of executing up to 304/384 random read/write IOPS. 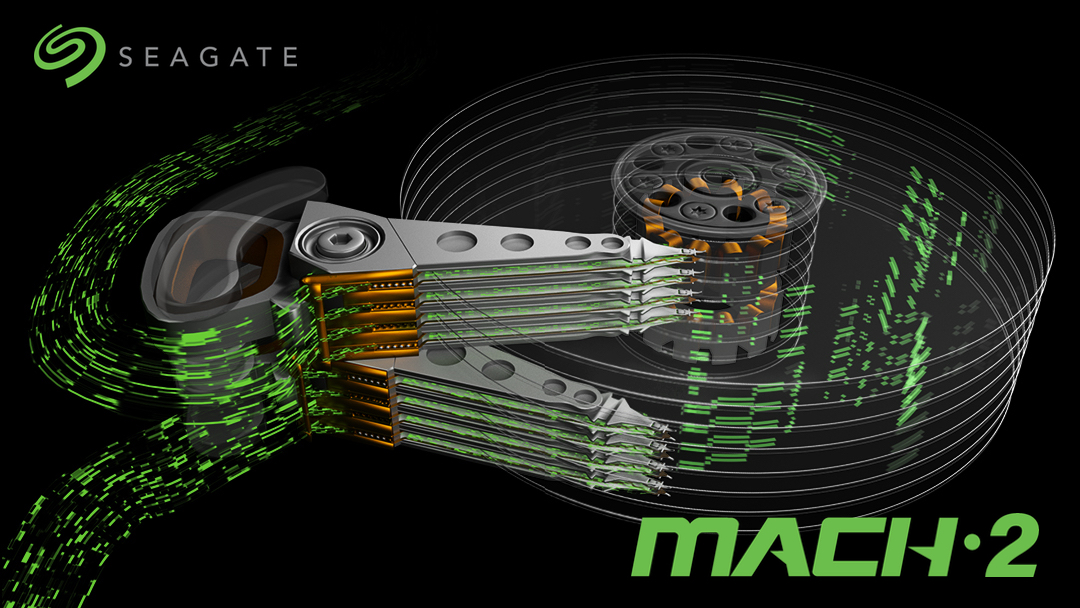 Considering the specifications, Seagate's new dual-actuator HDDs should perform similar to a SATA SSD in some tasks but outperformed in others (much lower IOPS). However, the pricing of the Seagate HDD may make it a better choice. The drive itself may be more expensive than the vast majority of SSDs, but the price-per-TB should make it a better deal.

KitGuru says: Would you choose a Mach.2 Exos 2X14 over a SATA SSD in any particular case?