KitGuru has reported recently on the fact that Tablet sales, driven by the Apple iPad have been damaging laptop sales in the last quarter. We have reported that we feel this is why AMD reported a loss in their last financial statement.

The Tablet market is thriving, with many manufacturers jumping on the bandwagon to get a portion of the sales. Companies such as Sharp, BlackBerry and Hewlett Packard have products in the pipeline. While we all appreciate that laptop sales will be affected, reports from the Far East are reaching KitGuru that Seagate and Western Digital have also been hurt by the increase in flash memory demands.

Kaushik Roy, an analyst with Wedbush Securities has said that the threat is very real and it will affect many companies over the coming months. It could damage the hard drive market by as much as 3 to 4 percent in 2010. 2011 can only be worse if people adopt the Apple iPad clones which are set to saturate the market.

Tablet sales are estimated to hit 15 million units with a figure of 50 million being reported for 2011 by many experts in the field. We can be sure that if this happens that laptop sales will be damaged considerably.

KitGuru says: 2011 is make or break with so many companies releasing tablet computers. They won’t all success, but we feel that several will be able to run in tandem with the iPad. 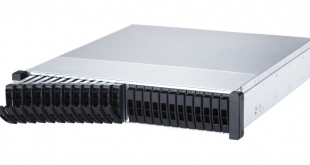 QNAP has added a new 24-drive bay to its enterprise ZFS NAS series. The new …