Gaming Performance
We tested each of the five graphics cards using 1080p, 1440p and 2160p (4k) however we were clear from the start that 1080p was our focus of interest.

The Sapphire Nitro+ RX 590 follows AMD’s specification fairly closely however the Boost speed is 1560MHz, rather than 1545MHz.

AMD states the reference memory bandwidth for the 8GB of GDDR5 is 256GB/sec. When you work back through the 256-bit controller you arrive at an effective reference memory speed of 8000MHz (2000MHz actual). Sapphire uses a memory speed of 8400MHz in the Nitro+ which is a five percent speed bump over stock so we expect the Sapphire Nitro+ RX 590 would show a modest gain over a reference design, if such a thing even exists. 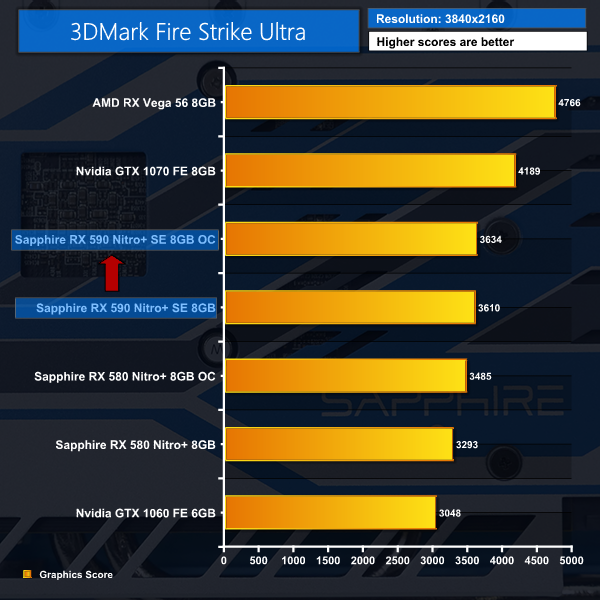 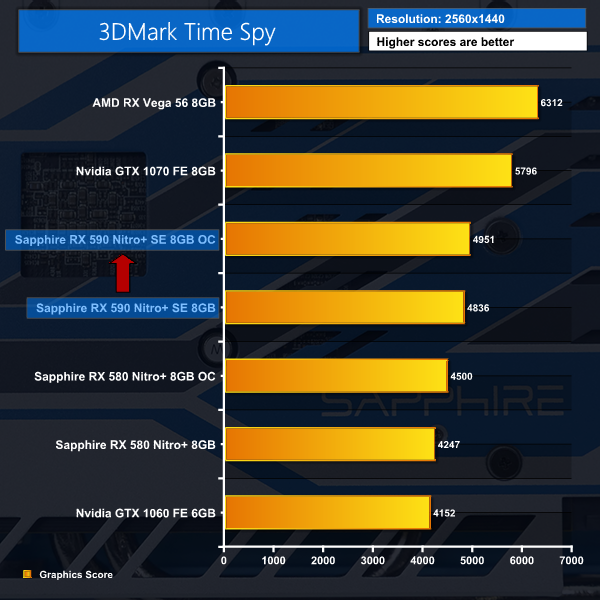 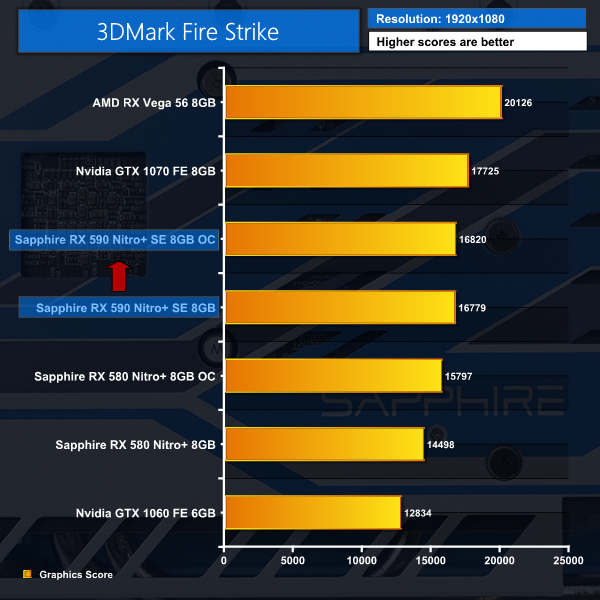 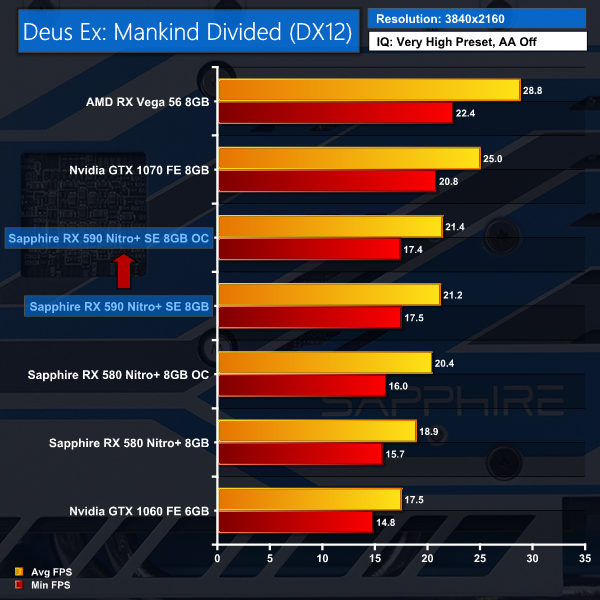 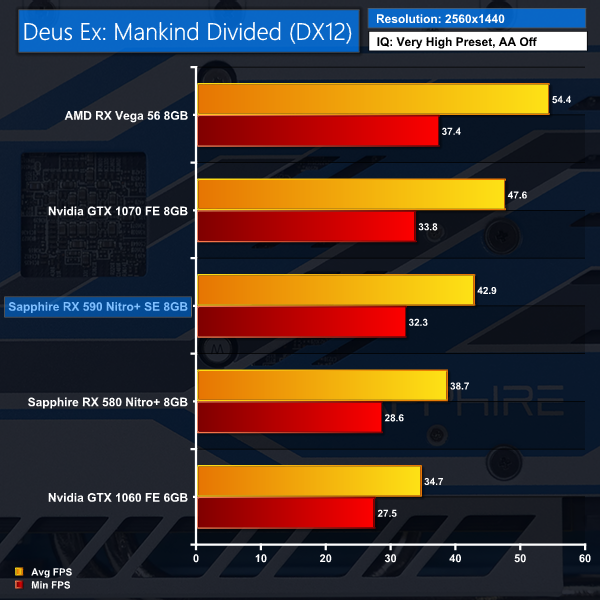 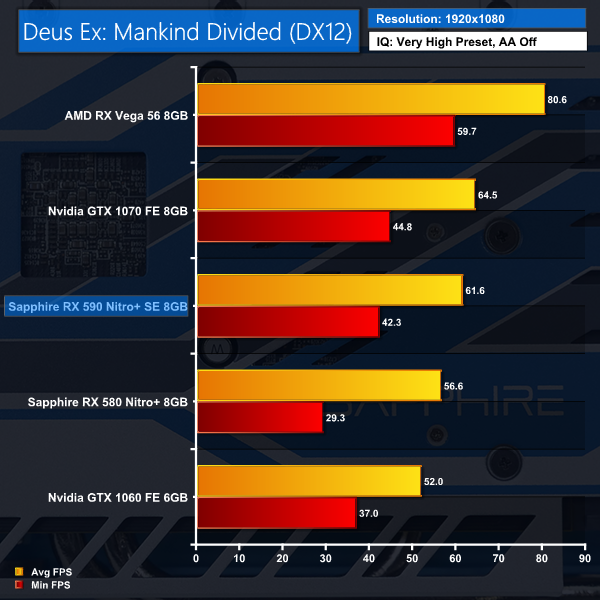