At the end of October I showed you the Palit RTX 3080 graphics card I had recently bought and then I told you I was also going to buy an AMD Big Navi. That decision was based purely on AMD’s marketing material but it felt like a reasonable move as I need a selection of hardware for reviews and videos. As you might imagine, I was waiting with keen interest for Dominic’s reviews of Big Navi to land!

Well the reviews have landed and both RX 6800 and RX 6800 XT earned themselves 9 stars and Must Have awards. This is fabulous news for AMD and great news for gamers as we have some competition to keep Nvidia honest. We are already hearing rumbles that Nvidia is making moves to counter the imminent RX 6900 XT so it seems we have even more interesting times ahead.

The most important thing is that I have bought myself a Sapphire RX 6800 XT and judging by Dominic’s reviews it’s a good ‘un so you are welcome to pat me on the back and congratulate me for making a wise choice. 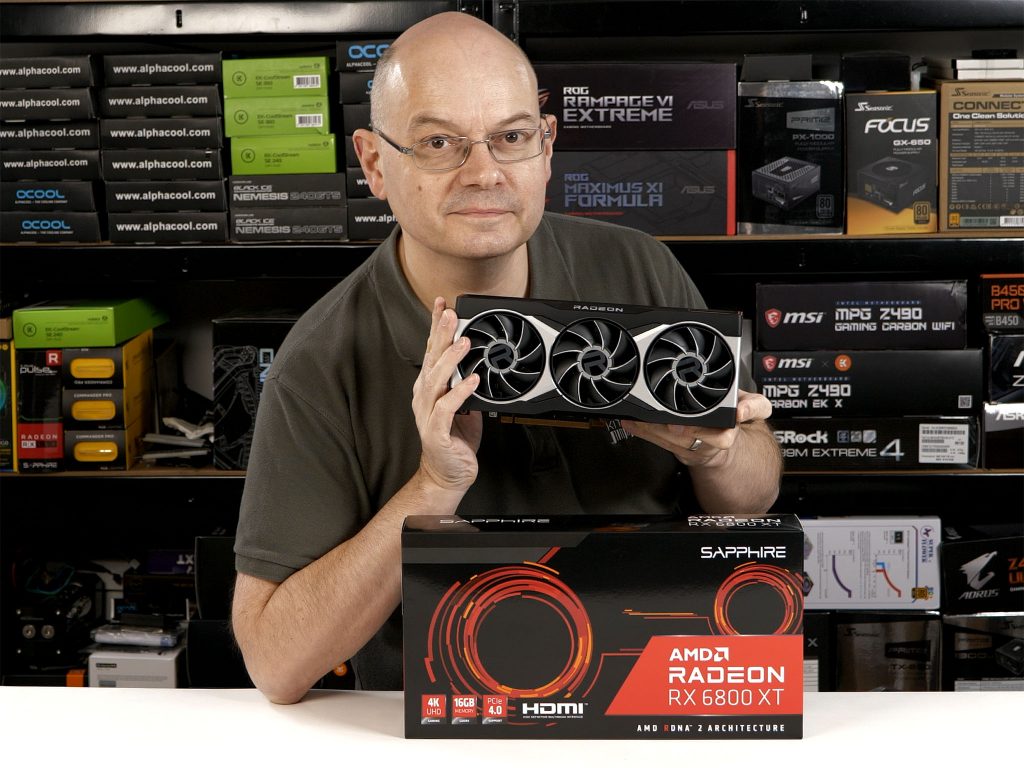 KitGuru says: AMD Big Navi looks like a return to the good old days when AMD and Nvidia traded blows with each generation. Nvidia Ampere and AMD Big Navi are currently level with each other, and we are hotly anticipating RX 6900 XT in early December. These are great times for gamers.