Advanced Micro Devices has started to sell Radeon DDR4 memory modules. The new DIMMs are not compatible with AMD’s existing platforms, but can work with Intel Corp.’s central processing units as well as AMD’s upcoming chips due in 2016.

At present only Intel’s “Skylake” and “Haswell-E” desktop processors support DDR4 memory. In the future AMD intends to release code-named “Bristol Ridge” and “Summit Ridge” processors with “Excavator” and “Zen” cores, which will use DDR4. The new chips will feature the new AM4 form-factor. Current-generation AMD microprocessors are compatible with DDR3 memory.

EDIT on above: 6th October 8.39am by Allan ‘Zardon’ Campbell – Editor in Chief. This is not ‘KitGuru’s opinion’ and I am issuing an clarification/apology in regards to this statement. It is incorrect, inflammatory and should never have been published by Anton last night. You can read my update HERE.

KitGuru Says: It is interesting that while the Radeon R7 DDR4 memory modules are available in select stores in Germany, they are not listed on AMD’s official web-site. 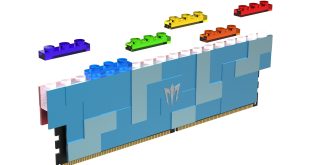