Corsair Dominator Platinum DDR4 memory modules are the industry’s most sophisticated DRAM devices, which features loads of exclusive technologies aimed to improve their overclocking potential. The Dominator Platinum memory sticks are built on specially-designed multi-layer printed circuit boards that not only feature a special layer that works as a heat spreader and transfers heat to the main heat sink, but also feature integrated sensors to monitor temperature and voltages of memory chips. The modules sport large DHX radiators that can dissipate a lot of heat and improve overclocking. Besides, the Dominator Platinum family also features configurable and upgradeable top bars and light pipes to make the modules look good inside modded systems. 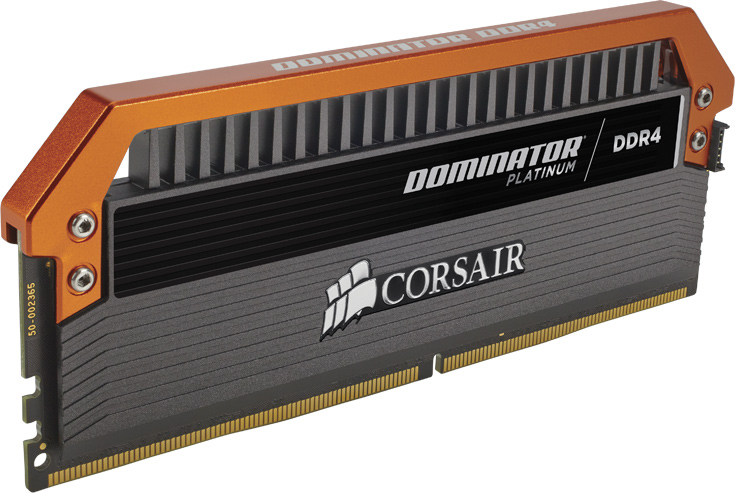 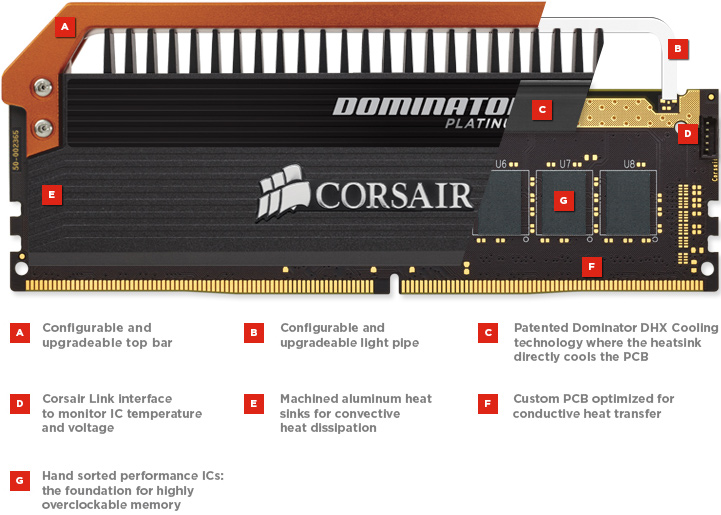 The Corsair Dominator Platinum Series Limited Edition Orange 16GB (4*4GB) DDR4 memory kit (CMD16GX4M4B3400C16) is rated to run at 3400MHz (3.40GHz) with CL16 18-18-40 latency settings and 1.35V voltage. The modules fully support XMP 2.0 profiles and can clock themselves at optimal frequency when installed. Corsair guarantees that the modules will hit their clock-rate of 3400MHz at ambient room temperature without additional cooling methods. Obviously, all the improvements that are made to the modules’ PCBs and hand-picked memory chips should help enthusiasts to further overclock the devices beyond 3.40GHz. 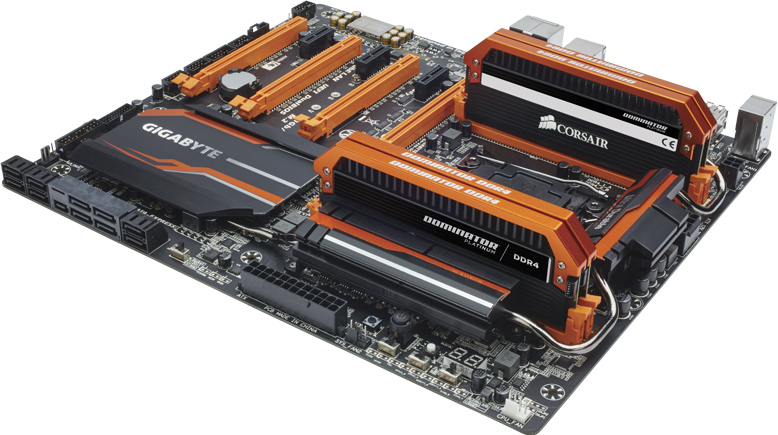 The Gigabyte X99 SOC Champion motherboard features a special LGA2011-3 socket, akin to Asustek Computer’s patent-pending OC Socket, which activates pins that Intel uses only internally and which are not enabled on commercial products. The additional pins let overclockers to better tweak of voltages in BIOS, which should help those, who plan to use extreme cooling methods (liquid nitrogen or liquid helium) and set various benchmark records. Unlike other Intel X99 mainboard, the X99 SOC Champion features only four DDR4 DIMM memory slots in a bid to further improve overclocking potential. The slots are SMT mounted for improved signal quality and located closer to the CPU socket. The DIMM’s shorter trace path enables the DDR4 memory to communicate faster with the CPU, enabling the overclocker to reach record DDR4 memory frequencies.

KitGuru Says: At the price of 16GB of premium DDR4 memory one could get a rather fine gaming PC with a decent graphics card and 16GB of mainstream DDR3… But top-notch performance requires significant investments and people who use LGA2011-3 platforms clearly know it.