G.Skill on Friday officially introduced its Ripjaws 4 DDR4 memory modules designed for performance enthusiasts. The Ripjaws 4 product line will include multiple modules with clock-rates ranging from 2133MHz to 3200MHz.

The Ripjaws 4 memory modules with clock-rates over 2400MHz support Intel XMP 2.0 for automatic and trouble-free tuning. According to G.Skill, the modules have been validated for compatibility with “most upcoming X99 motherboards” with a series of rigorous tests in quad-channel mode.

As reported, the Ripjaws 4 DDR4 modules are equipped with all-new heat-spreaders painted in red, blue or black. The height of the memory modules is 40mm, which means that they should be compatible with the majority of high-end CPU coolers. 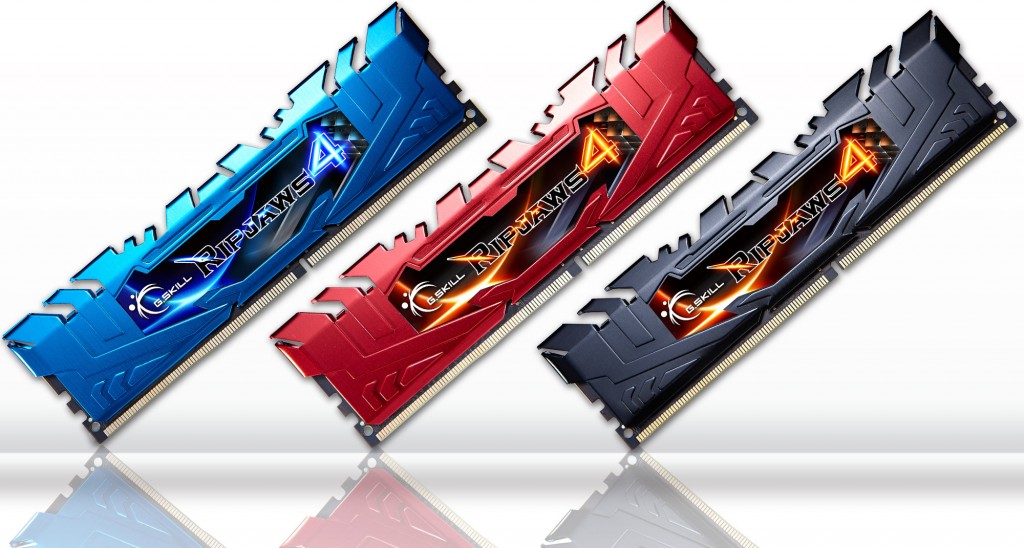 The first-generation DDR4 memory modules will be aimed at Intel Corp.’s Core i7 5800-/5900-series “Haswell-E” high-end desktop (HEDT) platforms featuring quad-channel memory sub-systems. Intel will official launch its new Core i7 Extreme processors as well as the X99 platform on the 29th of August, 2014.

KitGuru Says: With the formal announcement of 3.20GHz DDR4 memory modules, it becomes clear that the first-gen DDR4 solutions will clearly beat DDR3 in terms of effective data-rates. But what about actual performance in real-world applications?

Previous Unity adds native support for Intel’s x86 chips to its engine for Android
Next Specifications of Intel ‘Braswell’ revealed, but chips to be delayed 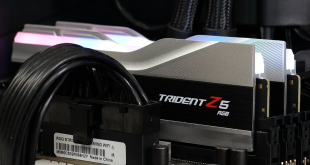