G.Skill, one of the leading makers of advanced memory modules, on Tuesday rolled-out its highest-performing DDR4 memory kit. The 16GB quad-channel set of memory modules can operate at whopping 3.66GHz and deliver incredible levels of performance in games and demanding applications.

G.Skill’s Ripjaws 4 series DDR4 3666MHz memory kit consists of four 4GB memory modules based on Samsung’s 4Gb memory chips and can operate at up to 3672MHz with CL18 18-18-38 latency settings at 1.35V voltage. The modules feature XMP 2.0 serial presence detect profiles and can set their clock-rates on supporting platforms automatically. 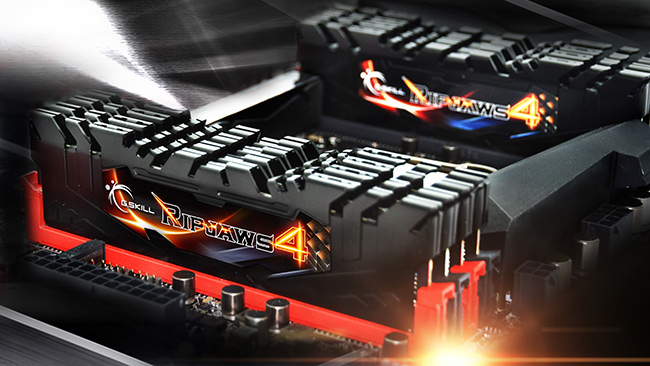 The new memory kits are primarily designed for systems based on the Intel X99 platforms with Core i7 “Haswell-E” microprocessors with quad-channel memory controller, but they will also work with upcoming Intel “Skylake” processors as well as with Intel Xeon “Haswell-EP” central processing units.

Although DDR4 has significantly higher clock-rate potential compared to DDR3, at present 3666MHz seems to be the limit for many quad-channel memory sub-systems. Faster memory modules will likely hit the market a bit later, when future microprocessors arrive. Considering the fact that even at 3666MHz frequency a quad-channel memory controller provides peak bandwidth of up to 117GB/s, DDR4 memory can hardly be called slow. 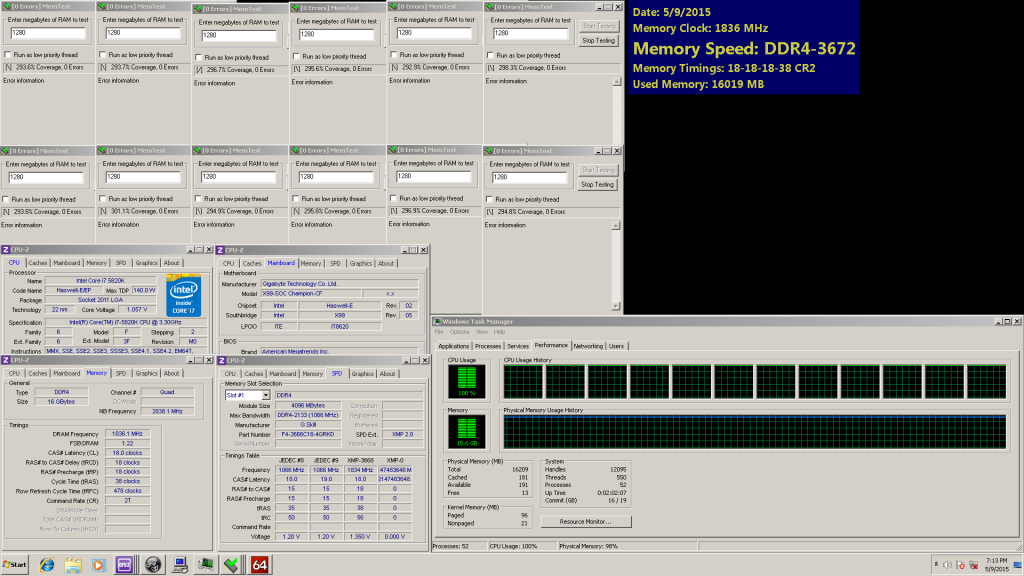 The manufacturer did not reveal pricing of the Ripjaws 4 series DDR4 3666MHz memory kit, but since it is the fastest set of memory modules on the planet today, do not expect it to be affordable.

KitGuru Says: Expect other makers of high-end memory modules to follow G.Skill with their new DDR4 offerings shortly from now.

Previous AMD: We need to invest in software to tap new markets
Next Intel’s 10nm Cannonlake processors due in mid-2016 – leaked roadmap