The Kingston HyperX Fury family consists of 4GB and 8GB DDR3 memory modules (to be sold as 8GB and 16GB memory kits) that are rated to operate at 1333MHz, 1600MHz and 1866MHz frequencies with CAS latencies of 9 or 10 and 1.5V voltage.

Like all modern memory modules designed to operate at clock-speeds beyond those officially supported, the HyperX Fury automatically overclock themselves “within the system speed allowance” without any manual BIOS tuning. In a bid to enable this technology, Kingston had to include additional settings into modules’ SPD [serial presence detect] chips, from where the systems’ BIOS could read them. Usually, memory module makers integrate settings for either AMD (advanced memory profiles, AMP tech) or Intel (eXtreme memory profiles, XMP tech) microprocessors. Kingston did not reveal whether the HyperX Fury features AMP or XMP, but it is possible that the company found more or less optimal settings for both types of modern DDR3 platforms. 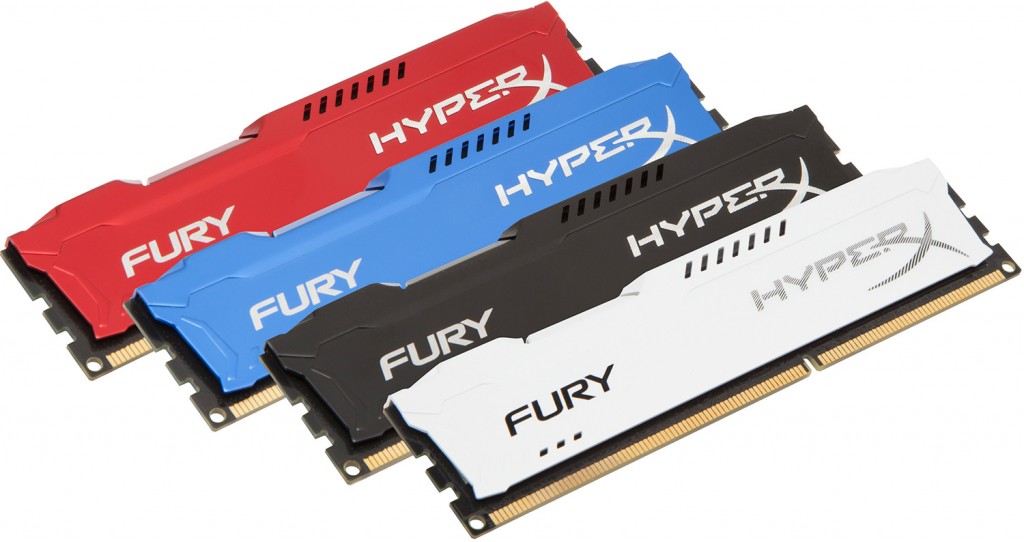 Actual memory frequencies of Kingston HyperX Fury – 1333MHz, 1600MHz and 1866MHz – can hardly impress in 2014, especially keeping in mind that there are DDR4-based PCs incoming. Nonetheless, if one wants quality-made memory modules with nice look and capable of overclocking, it seems like the HyperX Fury is just what the doctor ordered.