Just like its competitors, Kingston Technology unveiled several new products at the Computex 2014 trade-show. Among the impressive products were the new HyperX Impact SO-DIMM memory modules that could work at 2666MHz, an unprecedented clock-rate for SO-DIMMs.

Nowadays many performance-demanding end-users migrate to small form-factor (SFF) PCs or even desktop replacement notebooks. Since such people always want higher performance, many companies offer overclock-capable components to fulfill their wishes. For example, Intel Corp. has been offering unlocked Core i7 Extreme Edition-series processors in mobile form-factors (i.e., FCPGA10/socket G2, FCBGA10) for some time now. Kingston was among the first makers of memory modules to offer high-performance SO-DIMMs several years ago.

At the Computex echibition Kingston demonstrated its HyperX Impact memory modules, which achieved 2666MHz clock-rate in dual-channel mode inside an Asrock M8 system. The modules did not require any special cooling and operated at 1.35V voltage with CL12 14-14-32 timings.

The HyperX Impact memory modules are officially available in frequencies ranging from 1600MHz to 2400MHz in capacities of 4GB and 8GB single modules and 8GB to 16GB kits of two. It is unclear whether Kingston has plans to release 2.66GHz SO-DIMMs officially, but it is probably an option. All HyperX Impact modules feature Intel XMP profiles and can automatically set maximum possible frequencies on platforms that support such profiles. 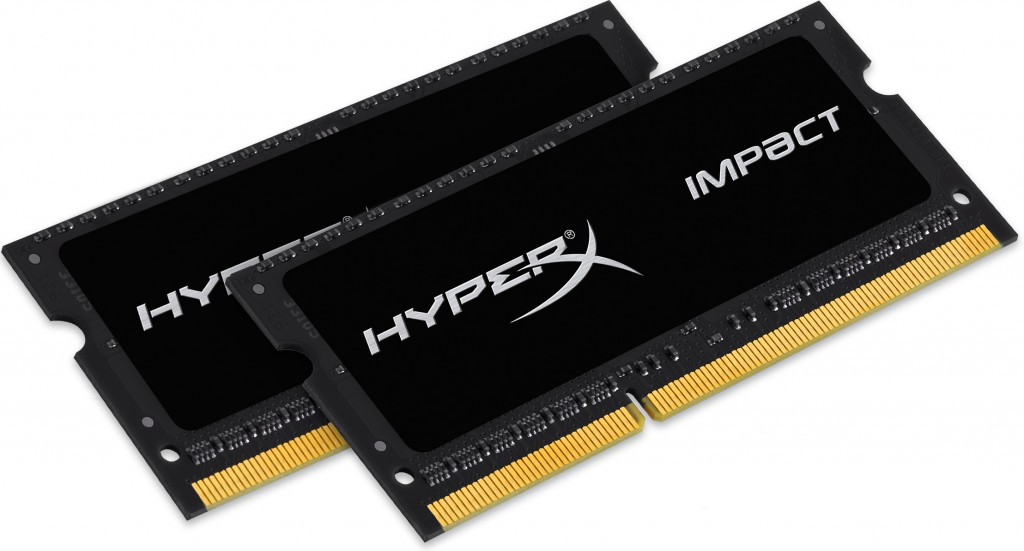 The Kingston HyperX impact are designed for high-end laptops that are compatible with SO-DIMMs with heat-spreaders as well as small-form-factor systems like Asrock’s M8, Gigabyte’s Brix, Intel’s NUC and Zotac’s Zbox.

KitGuru Says: It is remarkable that with the help of high-performance components like mobile Intel Core i7 Extreme microprocessors, Kingston HyperX Impact SO-DIMMs, Kingston HyperX solid-state drives and other devices even small form-factor systems can offer performance comparable to full-size desktops. Unfortunately, SFF machines like Intel’s NUC do not support proper gaming graphics cards and therefore cannot show off their potential completely…