The first commercial solid-state drives based on the recently introduced 3D XPoint non-volatile storage-class memory are yet to hit the market, but Intel Corp. and Micron Technology Corp. are already working on the second-generation 3D XPoint technology. Moreover, Micron is also designing an all-new memory technology that will further close the gap between performance of DRAM and non-volatile types of memory.

At the Intel Developer Forum earlier this month Micron Technology disclosed that it is developing second-generation 3D XPoint technology, its second-generation 3D NAND flash memory as well as an undisclosed all-new memory technology. Intel and Micron collaborate in development of 3D XPoint and NAND flash memory, but it is unclear whether the two companies are jointly working on the “New Memory B Gen 1” as well. 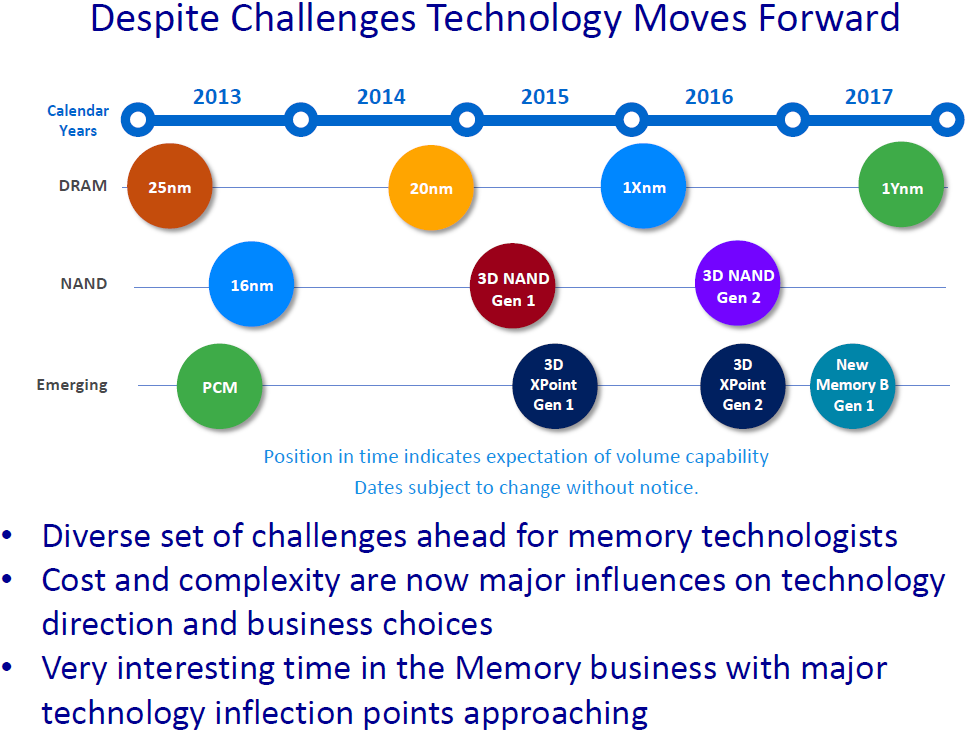 The differences between the first and the second generations of 3D XPoint are unknown. The first-gen 3D XPoint implementation is tens or hundreds times faster than NAND flash (in terms of read/write speeds, latency and IOPS peformance) and is dramatically more durable. One of the things where NAND flash excels the new type of memory is capacity. Modern NAND flash memory chips can store up to 256Gb of data, whereas the first 3D XPoint chips will store 128Gb. It is possible that with the second-generation 3D XPoint developers will focus on improving capacities rather than trying to further increase performance (still, keep in mind that increases of density usually also increase performance). Higher capacities will help to make solid-state drives featuring 3D XPoint a little cheaper (in terms of per-gigabyte costs), which will expand their market reach. 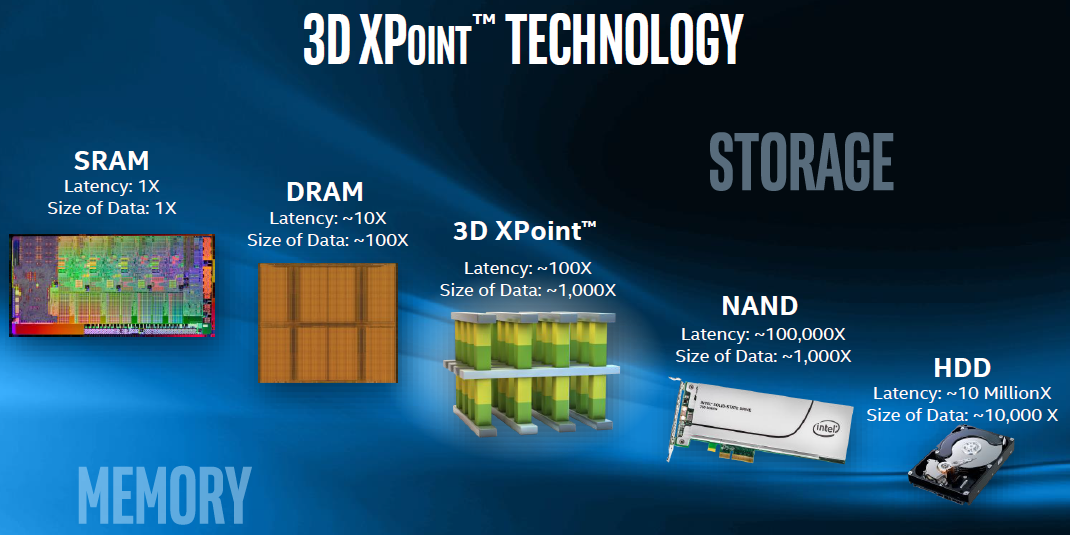 While 3D XPoint is faster than NAND, DRAM is an order of magnitude faster than 3D XPoint in terms of latency and also outshines the new storage memory in terms of bandwidth. In fact, Micron considers latency of non-volatile memory as a major challenge of emerging memory types in general.

Scott Graham, Micron’s general manager of Hybrid Memory, revealed at the IDF that Micron’s emerging “new memory B” technology would be focused on performance and addressing some of the bigger industry challenges, reports HPC Wire. The details are scarce at this point, but it looks like one of the main idea behind the “New Memory B Gen 1” is to boost performance of non-volatile memory and shrink the gap with DRAM.

“As we develop new memory technologies and learn from 3D XPoint and develop 3D XPoint even further, then we will have subsequent versions of this technology and other technologies that can fit into this roadmap,” said Mr. Graham. 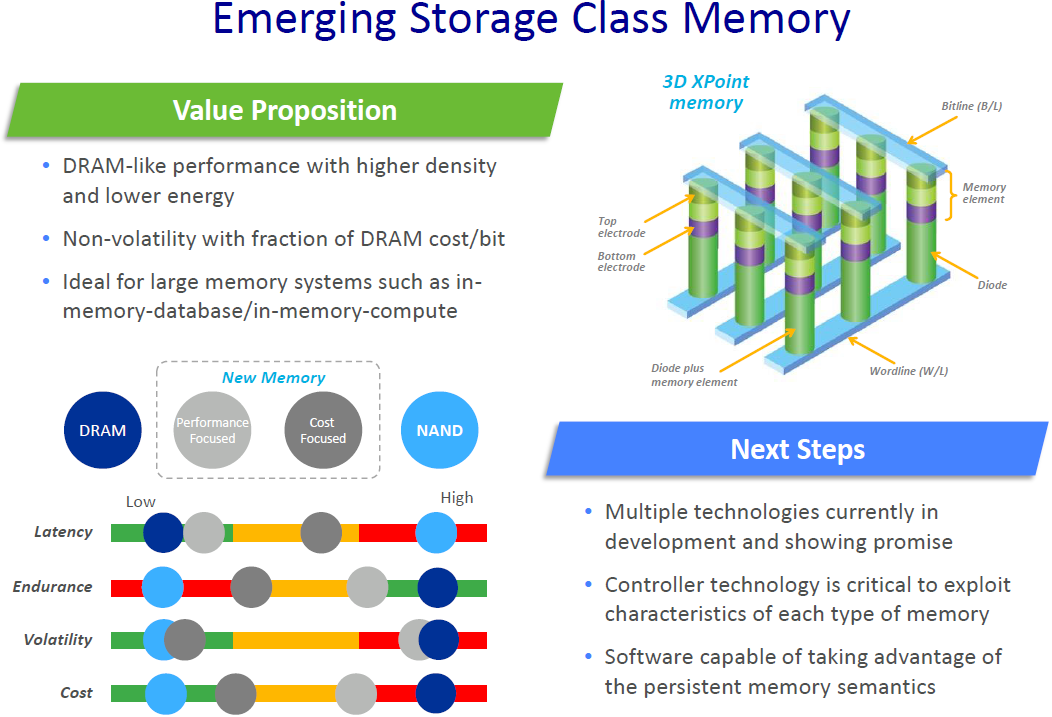 Micron is expected to introduce its first products based on the first-gen 3D XPoint in the next couple of months and start their shipments in 2016. The second-gen 3D XPoint will be introduced in 2016 and will hit the market sometimes in 2017. By contrast, the all new “Memory B” will likely reach the market only in 2018. Before that happens, Micron, Intel and other industry players will have to invent high-performance interfaces for such types of memory.

KitGuru Says: The holy grail of computer memory is non-volatile memory with performance and reliability of DRAM. Such memory type will unlikely be commercialized any time soon because no matter how rapidly non-volatile memory types are evolving, DRAM is not standing still. Perhaps, there will be a breakthrough in the coming years, but at present it does not look like it is coming…