SK Hynix has notified its partners regarding availability of its high-capacity DDR4 memory modules for servers. A good news is that the company will improve performance of such memory solutions, however, a not very good news is that the firm will delay mass production of its flagship 128GB LRDIMM by a couple of quarters. 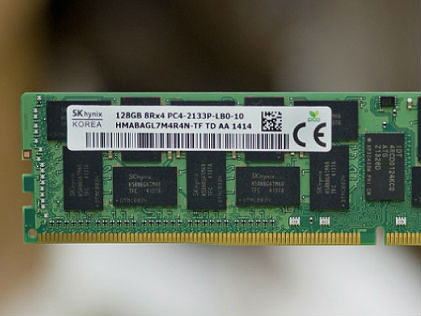 Originally SK Hynix planned to rate its high-density memory modules to run at 2133MHz (with CL15 15-15 latency settings), but now the company also plans 2400MHz (with CL17 17-17 timings) memory modules with up to 128GB capacity, which will help to increase memory bandwidth (by about 12 per cent) inside modern servers powered by DDR4, which will boost their performance and will improve performance-per-watt.

SK Hynix plans to start mass production of 16GB, 32GB and 64 GB DDR4 memory modules for servers in the second quarter of 2015, just like it planned last year. However, 128GB DDR4 memory solutions rated to run at 2.13GHz or 2.40GHz will become available only in Q4 2015, according to a document seen by KitGuru.

By the fourth quarter of 2014 DDR4 memory will gain a significant share of the server market. In fact, it is projected that the DDR4 will become the mostly used memory standard sometimes in 2016. As a result, demand for 128GB modules will likely be relatively strong as large enterprises adopt high-end multi-core server processors and high-capacity modules. Still, do not expect mass or mainstream servers to adopt such modules for quite a while. 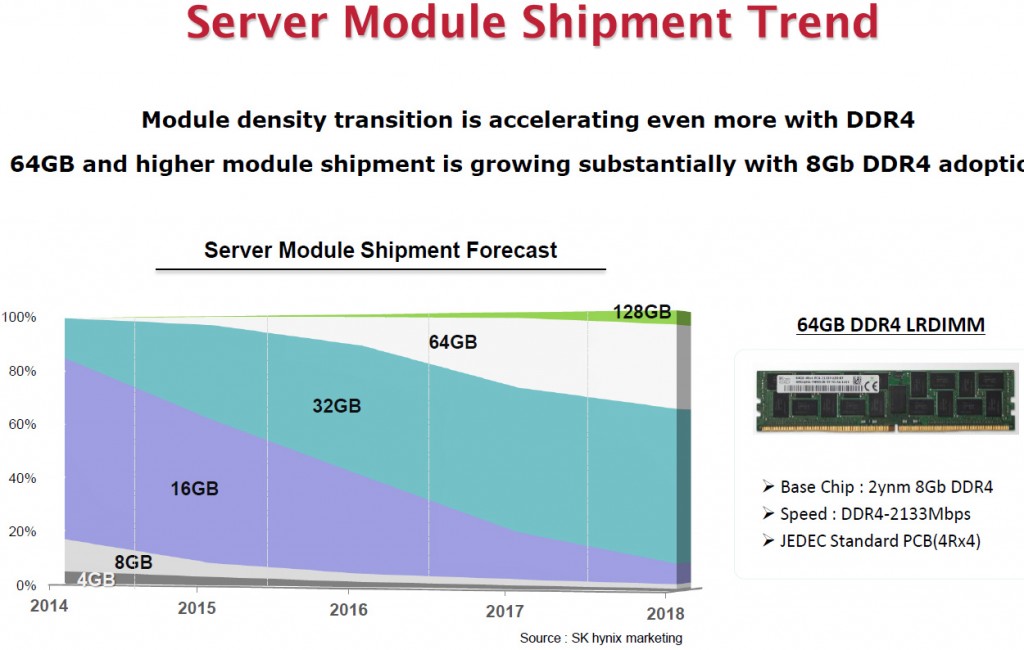 KitGuru Says: At present it is impossible to get 64GB DDR4 memory modules from anyone but Samsung Electronics (even if they are sold by different brands, they are made by Samsung). Therefore, when SK Hynix starts mass production of its high-capacity DDR4 DRAM solutions in the second quarter, prices of such products will get a little lower.