An unofficial Android app has made it possible to use the PS4 Remote Play feature on non-Sony devices. Sony initially launched an official app bringing the functionality to Xperia devices but it looks like someone got a hold of it and unlocked its functionality.

The unofficial PS4 remote play app allows PlayStation 4 owners to stream their titles to other Android devices, going as far back as the Samsung Galaxy S3, which is demoed in a video below. 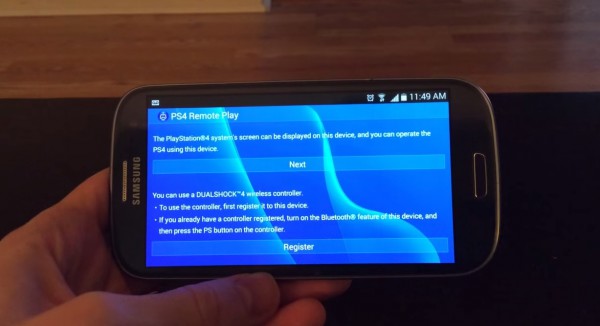 The app supplies a touch control overlay for all games, so an extra peripheral isn't required to play full titles like Destiny, Infamous or The Last of Us Remastered. However, as always, you would probably be better off with a controller of some sort.

The app isn't available via Google Play, you will need to hunt around for the APK file, which is available over on the XDA developers forums. You can get the link from the description of the video above. The app is currently called ‘PS4 Remote Play for Android' and runs on non-rooted devices and only requires Android 2.2 or higher.

KitGuru Says: It was only a matter of time before this happened, the Android community is always keen to fiddle around with software. Sony has hinted at plans to bring PlayStation gaming to non Sony devices in the past but it probably wasn't ready to make the jump just yet. It will be interesting to see how the company responds to this app.