Our team at Computex has been very busy today, but they still managed to fit in a visit to Crucial's booth to check out some new products from the memory and SSD manufacturer. Primarily, Crucial is keen to get users with older laptops upgrading to SSDs, while the company is also keen to focus on DDR4 performing as it should out-of-the-box.

Starting with Crucial's SSDs, today we primarily spoke about their BX300 drive. This affordable SSD is targeting budget users who want a speed boost from their slightly older laptop that still uses a HDD or older, slower SSD. The drive will be bundled with the Acronis cloning utility as well as clear instructions for users who have not done this sort of thing before, which is definitely very helpful.

Importantly, Crucial has focused on the drive's write performance, as that is often an area that suffers with other budget-focused SSDs. However, the company is confident the BX300 drive will live up to its billing. Lastly, the BX300 will only be available in the 2.5-in form-factor, leaving the MX300 as the obvious alternative if you are looking for a M.2 drive.

We also spoke a fair bit about Crucial's DDR4 plans, and we will first touch on the news that there will soon be some RGB DDR4 DIMMs landing. These DIMMS will likely be available in speeds of up to 3600MHz, and there is the option for the physical sticks to use a light diffuser or be left bare. In actual fact, the plastic diffuser covers can be removed and customised, so users can 3D print their own if desired. The lighting itself can be controlled via a proprietary controller, but if connected to a compatible RGB motherboard, the LEDs can be controlled that way, too.

Elsewhere, Crucial is focusing on delivering stable and easy-to-use memory. This is particularly relevant considering the well-documented memory issues the Ryzen platform has had since its launch. However, Crucial is placing a particular emphasis on ensuring its RAM works out-of-the-box as expected, rather than consumers buying high-speed kits that don't run at their advertised frequency.

KitGuru says: It was good to see Crucial today and get the low-down on their new BX300 and DDR4 plans. The RGB RAM is likely to be of particular interest to our readers, and I would definitely consider putting some in my own system if the pricing is right. 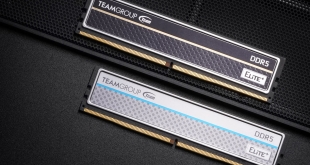