Most of KitGuru’s vast audience would be happy making a desktop upgrade themselves. Indeed, we suspect that many of you will also have attacked a laptop with a screwdriver at some point in the past.

As the market for mobile PCs continues to dominate desktop sales, why haven’t the basic laws of economics kicked in? Bigger market sizes means more competition and reduced prices. How can it be cheaper to buy memory for the minority of the two PC markets?

If you ignore warnings about warranty expiration and the threat of immanent death should you attempt to remove any part of your notebook’s outer shell – the insides of a laptop are relatively straightforward.

It’s not quite the ‘Lego bricks, have a bash yourself’ situation you find with a desktop PC, but in most cases [Groan! – Ed] you should find it relatively simple to upgrade something like your system memory.

So, let’s see what we have: It is simple enough to do, adding more/better/faster memory will make your world a better place and laptops outsell PCs by a huge amount. So the memory must be cheap, right?  Not so.

We received a phone pic from a reader on Saturday and decided to have a look round the stores ourselves. It seems that, despite the constant pressure on memory prices in the market as a whole, the world of laptop memory has been impervious to the drops.

They say that, in life, if you want to understand light – then you need to see darkness. Here’s a ‘Special offer – with big price reduction’ from the PC World group, where 2GB of dead slow 800MHz DDR2 from a smaller memory company like PNY costs almost £25. That’s the basic unit with no clever cooling etc. Next to it is a 2GB HyperX module from Kingston, the world’s number one memory module company. This comes complete with a snazzy looking heat spreader, runs at 1600MHz and is only £11.19.

KitGuru says: All weak/glib marketing, merchandising and retail arguments to one side, we’re baffled how basic memory from a bygone era can cost more than twice as much as a quality/performance product like the HyperX. Kingston’s product looks better, is twice as fast and is on sale at a fraction of the cost. How much longer will laptop owners be subjected to these kind of rip-off tactics?  We invite anyone from DSG to be interviewed on this subject. 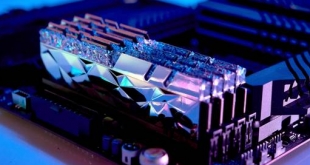