While the economy is still recovering slowly, it’s not fast enough for the IT industry. As a result, we’re seeing some significant price drops on the kind of kit that everygeek needs – like 2x4GB of DDR3 1600MHz memory. KitGuru scans OcUK for details.

For several years now, whether you are an AMD fanbois or Intel insider, the most popular memory configuration has been 2x4GB of DDR3 – normally at 1600MHz.

Sure, there are some cool deals out there on 2,133MHz memory from companies like Kingston and G.Skill – but 1600MHz remains the mainstream.

.
KitGuru says: We fully expect 2,133MHz deals to land in and around the £60-64 mark over the coming weeks. SSD prices will also have to react now that companies like Crucial has its 960GB drive on the market for less than £450. Roll on bargain central. 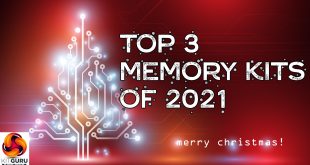