Samsung has been working on LPDDR5X memory for some time now, but now the tech is ready for the spotlight. This week, Samsung revealed the specifications for its LPDDR5X memory, based on the 14nm DRAM process node.

Samsung's LPDDR5X memory is a considerable upgrade over its predecessor, offering over 1.3x faster processing speeds, maxing out at 8.5Gbps, and consuming nearly 20% less power. These improvements make this memory solution suitable for more than smartphones, offering a competitive alternative for AI and edge applications. 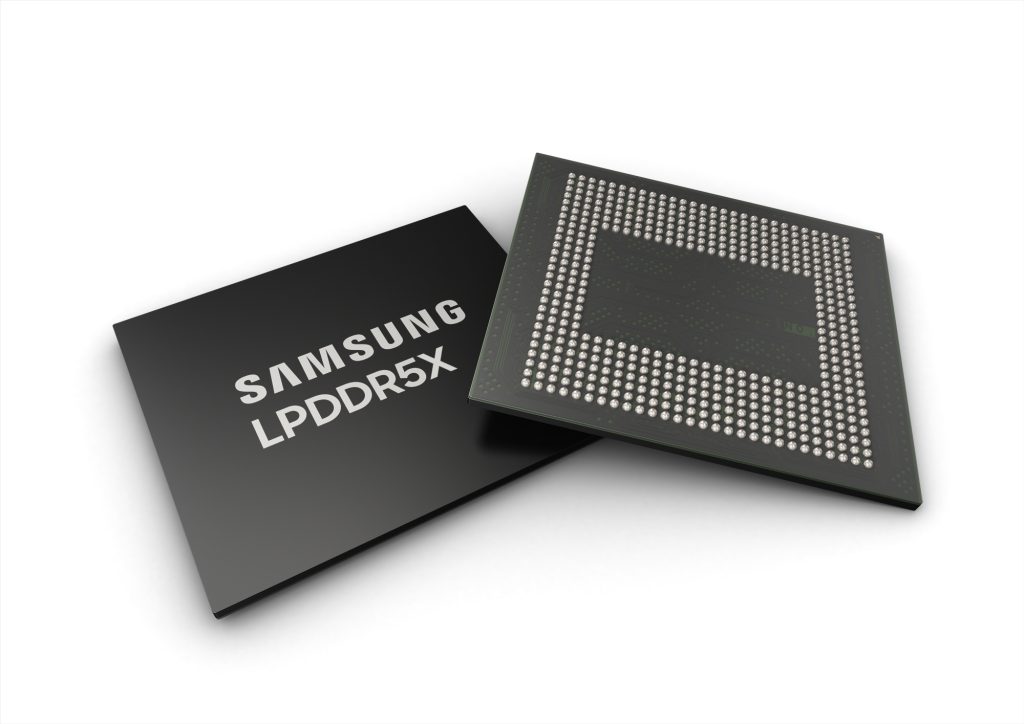 Each LPDDR5X chip from Samsung comes with 16GB, an increase of 8GB over its predecessor. This amount of memory per chip allows for memory packages to feature up to 64GB, which should come in handy as the need for high-capacity solutions increase.

With LPDDR5 still far from being widely adopted, it should still take some time before seeing the first devices using LPDDR5X memory. We would say that the first LPDDR5X-powered devices will hit the shelves in 2022, at the earliest.

KitGuru says: Once LPDDR5X hits flagship smartphones, we should start to see more mid-range devices utilising LPDDR5 memory. Samsung has its own flagship Galaxy S22 coming up in just a few months, so perhaps that will also act as the debut for these new memory chips.