Last week, Micron stated it started shipping the first 232-layer NAND chips, putting it at the top of the memory industry. However, it turns out that SK Hynix had a big announcement of its own, introducing the world's first 238-layer NAND chips.

After developing 176-layer NAND chips in December of 2020, SK Hynix's next advancement in the field of memory chips is the 238-layer 512Gb TLC 4D NAND chip. As announced at Flash Memory Summit 2022, in Santa Clara, the development phase of the new chips was completed this month, but mass production is only expected to start in H1 2023. In 2023, SK Hynix also plans to introduce 1Tb 238-layer products. 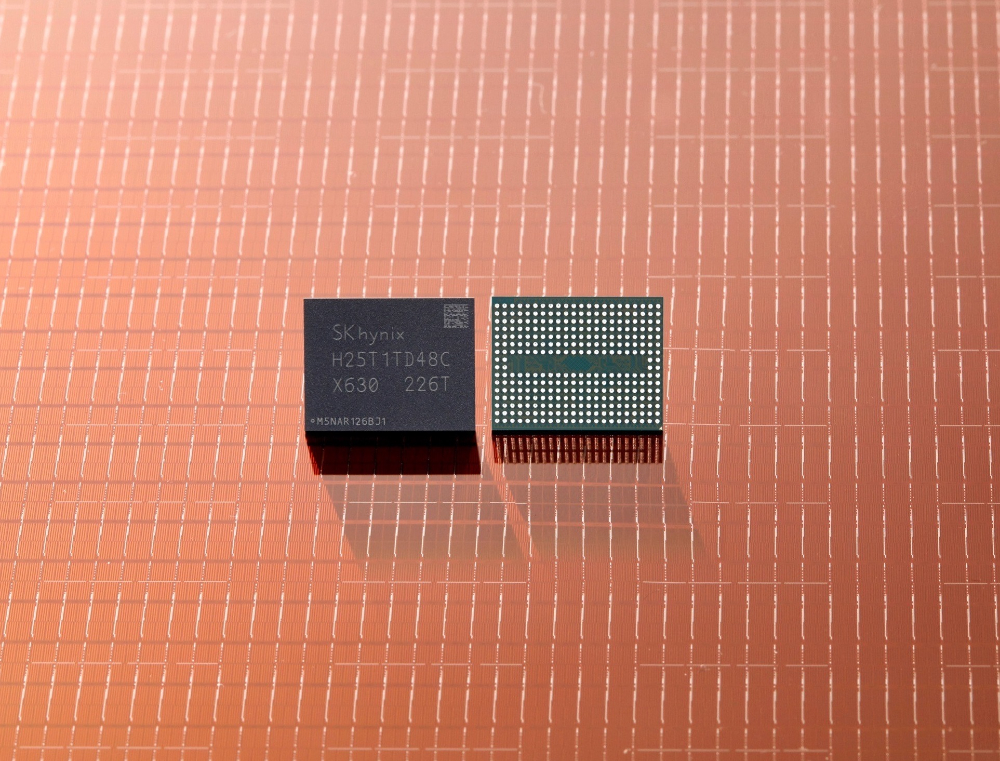 To reach this milestone, SK Hynix depended on two core technologies: charge trap flash and peri under cell. These two were the foundations to create the 4D structures used in the 238-layer NAND chips, the smallest memory chips in size. As a result, they have a smaller cell area per unit and higher efficiency, needing 21% less power for data reading. Moreover, their reduced dimensions allow SK Hynix to produce more chips from a wafer, improving overall productivity by 34% compared to 176-layer NAND.

The 238-layer NAND will first appear on consumer SSDs in 2023. SK Hynix is also planning a 238-layer product that can transfer data at 2.4Gbps, a 50% bump over the previous-gen ICs.

KitGuru says: Considering the timing, there's a good chance SSD manufacturers will be using these new types of memory chips for their PCIe 5.0 storage devices.