Visit any major city on the planet, roll through its development over the past 100 years and you’ll notice something about the height of the skyline. When you need to pack more people into a fixed area, X and Y are not enough. You MUST build upwards. KitGuru casts an eye over Microsoft’s need for a better packing density.

Around 1985, rumour in the computing community was that a lab in the States had created a 1GB memory module using a cube of gelatinous substance and a pair of lasers mounted, Transformers-style, on WWII gun sluices. Not exactly ‘stick in your pocket for £5 friendly'.

The interesting part is that this era of experiment into larger memory types should move in the X, Y and Z directions.

Around two years ago, JEDEC professed a preference for the industry to ‘have a good go' at 3D memory configurations. In fact, it's something that (kind of) already exists. If you consider each module in your existing rig as the X and Y of a configuration, then having 4 sticks in row gives you the Z factor.

The future of 3D memory is centred on the idea of cramming all that (and more) into a single stick.

The wonderfully named Hybrid Memory Cube Consortium (HMC) already has IBM, Samsung and Micron as key members and, now, they have added Microsoft to their ranks.

The goal of the organisation is laudable. They want to deliver memory access that's around 15x faster than anything you're likely to get with DDR3 and, at the same time, reduce overall energy requirements by around 70% – compared to a DDR3 solution.

Overall, the programme was given a boost when HMC announced last December that it was possible to construct the inter-layer connections using IBM wafer baking technology. So it looks like Jacobs will miss out on this contract.

While the world plus dog presently marvels at the idea of a 100G system (100Gb connectivity), the path toward a 400G solution is being laid and, according to its supporters, 3D memory solutions could be a key component for the systems of the future.

A recent survey of top level corporate tech gurus showed that the number of companies already looking at 100G technology (33%) was almost balanced by those who had no intention of going past their existing 1G/10G networking before 2013 (24%).

KitGuru says: Just how much more hardware Microsoft is keen to begin making, outside the XBox series, is unclear at this stage – but maybe the software giant seems moving toward the physical as ‘fair play' given the way that Apple has been swallowing up software revenues. 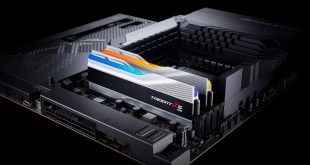