Back in December 2020, Team Group began validating the first consumer-grade DDR5 memory modules with its partners, well ahead of the competition. Now, Team Group is looking to be the first once again, with plans to release DDR5 memory to consumers by the end of June.

In a press release published today, Team Group confirmed the launch of the world’s first DDR5 memory module for desktops. Known as the “TEAMGROUP ELITE U-DIMM DDR5”, these modules are expected to be available on major EC platforms for consumers by the end of June or early July. 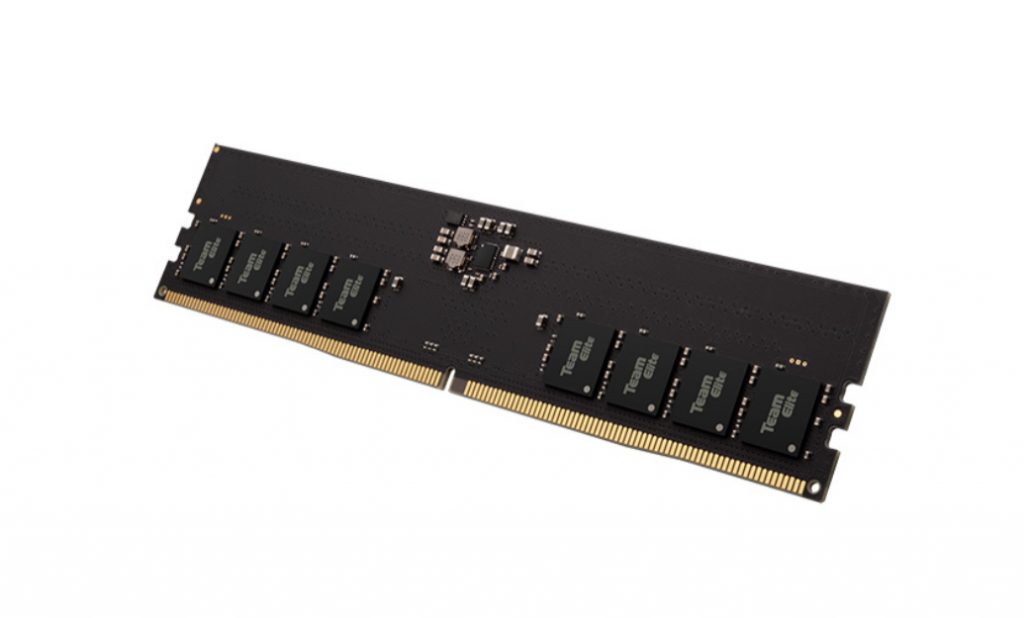 The first kit will feature two sticks of 16GB DDR5 memory running at 4800MHz with a voltage of 1.1V and CL40 timings, all in compliance with the standard specifications defined by JEDEC.

With DDR5, we can expect speed improvements of up to 50 percent compared to DDR4, in addition to lower power consumption. Team Group says its DDR5 memory will work on Intel 600 series motherboards with DDR5 compatibility.

While the first DDR5 memory modules will be available now, the first mainstream platform with DDR5 support is not expected until Q4 of this year, when Intel launches its Alder Lake series processors.

KitGuru Says: We’re not sure on pricing yet but if all goes according to plan, we’ll have retail listings for Team Group’s DDR5 memory in a couple of weeks time. Of course, you probably shouldn’t buy any until there is wider availability of DDR5-supporting motherboards.

Previous Age of Empires IV will have four campaigns, eight civilisations
Next E3 2021: The winners, losers and inbetweeners