NAND Flash supply is achingly short on all fronts

According to a report from analyst firm DRAMeXchange, demand for consumer-grade Flash NAND during a production transition phase has left Flash manufacturers scrambling to keep up with demand. Contract prices are estimated to climb 10% this first quarter of 2017.

In what seems to be a perfect storm of bad coincidences, the report forecasts doom and gloom in the NAND Flash market due to a seasonal stocking-up of OEM PC inventory, a huge demand from smartphone manufacturers, while it happens to be in the middle of a manufacturing transition which is limiting supply of bog-standard MLC NAND.

“Average contract prices of client-grade SSDs in the PC-OEM market are rising this first quarter because not only PC clients are aggressively stocking up their inventories, smartphone clients are also maintaining strong demand for storage components,” said Alan Chen, senior research manager at DRAMeXchange. 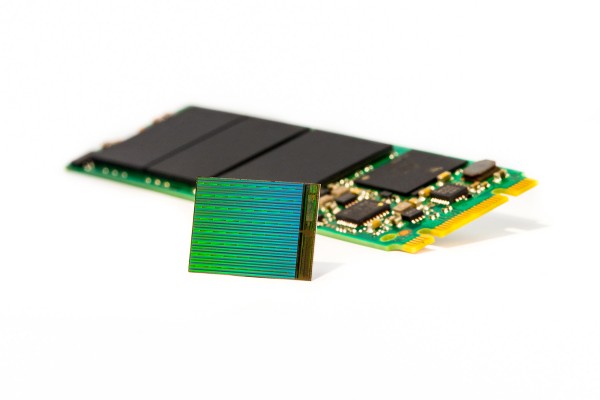 The series of unfortunate events is accentuated by NAND Flash manufacturers busily transitioning production away from MLC, which commands a lower premium, in favour of 3D TLC NAND. This leads to an even grimmer scenario and is something that we were forewarned of several months ago.

Due to the limited supply of all types of Flash NAND chips – on the one side by limited supply and on the other by higher demand – PC OEMs will ship less PCs equipped with SSDs, this quarter, but keep buying up all the product they can get their hands on, perpetuating the price hike. As 3D TLC-based ships are still ramping up, this will also have an impact on the product mix throughout the entire year, resulting in stagnating SSD capacities.

By year’s end the MLC/TLC mix should be around 25%/75%, which will eventually lead to a mainstreaming of 3D TLC NAND, and a loosening of prices next year.

KitGuru says: While we’ll see a price hike in the short term for PCIe- and SATA III SSDs, it’s the long-term impact throughout the year that’ll blindside us. Due to undersupply, prices will rise and we shouldn’t see increased capacity in storage as vendors will try and keep costs in check.