MicroStar International this week introduced its new premium mainboard based on the Intel Z170 core-logic. The platform represents the best that the new Intel 100-series “Skylake” platform offers, including input/output capabilities. To make it more appealing for PC modders, MSI equipped its product with white heat-spreaders.

The MSI Z170 Krait features almost everything a modern gamer might need: an LGA1151 socket for Intel Core i-series “Skylake” central processing units, four 288-pin DDR4 DIMM slots for DRAM, four PCI Express x16 slots for graphics cards (two of which are covered against EMI), an M.2 connector for SSDs, a SATA Express set of connectors and so on. The mainboard features an improved 7.1-channel audio sub-system that sports circuitry that is “protected” against EMI of graphics cards and other components. 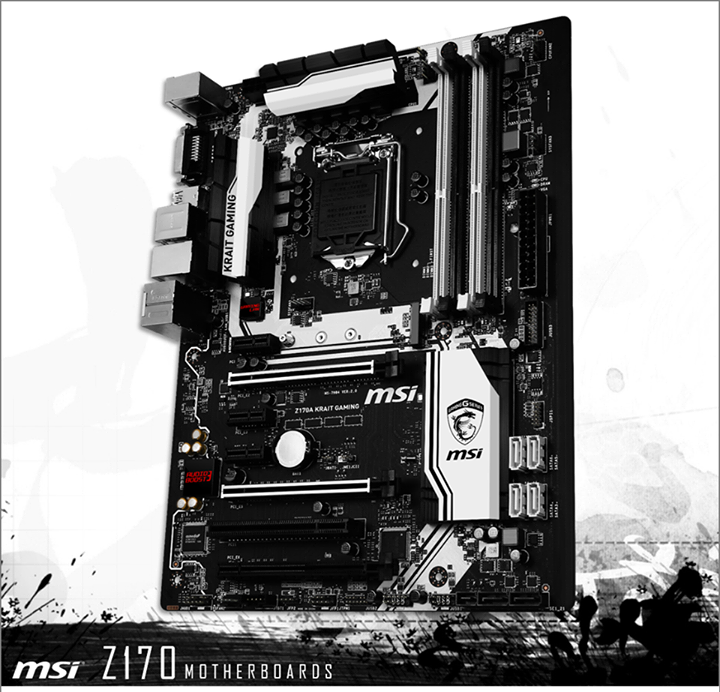 The MSI Z170 Krait Gaming motherboard will be officially introduced in August. Pricing of the product depends on regions and retailers, but it is logical to expect the mainboard to cost the same amount of money as the MSI Z97 Krait – £89, €125, $130.

KitGuru Says: Looks like MSI is ready for Intel’s launch of its “Skylake” processors next month with a premium motherboard. A great news for all PC enthusiasts.