A new Baldur’s Gate expansion is in the works

Baldur's Gate is often looked at as one of the best classic isometric RPGs of all time and now, 17 years after the original game, we are getting a new expansion titled ‘Baldur's Gate: Siege of Dragonspear', set between the events of the first and second game. The new entry in the series is being developed by Beamdog, the studio known for the Enhanced Editions of the first two games.

Siege of Dragonspear will make use of the Infinity Engine and tell a new story to bridge the gap between the first two titles. Here is the story synopsis: “Though Sarevok is dead and his plan for war averted, peace eludes the citizens of Baldur’s Gate. A crusade marches in the north, seizing supplies, forcing locals into military service, and disrupting trade along the Sword Coast. A charismatic warrior known as the Shining Lady leads this army, her background shrouded in mystery. Can the rumors be true—is she, like you, the child of a god?” 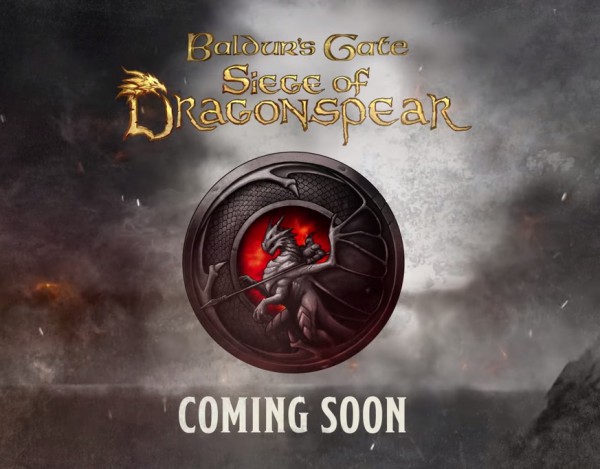 “The closer you get to the Shining Lady, the more you realize your father, the dead Lord of Murder still casts a long shadow upon your path. Baldur’s Gate has put its faith in you, but you must determine whose interests you truly serve before you face the Shining Lady among the ruins of Dragonspear Castle…”

This announcement follows the popularity of other isometric RPGs in recent years, including Divinity: Original Sin, Wasteland 2 and most recently, Pillars of Eternity. Baldur's Gate: Siege of Dragonspear will launch on the PC, Mac and Linux later this year, although no exact date has been nailed down. It will also head to iOS and Android at some point.

KitGuru Says: Classic style RPGs seem to be making a resurgence at the moment. Did any of you play the Baldur's Gate games at all?