MicroStar International has unveiled its new mainboard for Intel Corp.’s latest code-named “Skylake” processors that belongs to its Gaming family of platforms designed for gamers, but which costs significantly less than higher-end solutions. The MSI B150M Night Elf mainboard does not support overclocking or other advanced capabilities of modern motherboards.

The MSI B150M Night Elf mainboard for Intel “Skylake” processors in LGA1151 packaging comes in micro-ATX form-factor and features 6-phase voltage regulator module for CPUs, which consists of solid-state inductors and capacitors. The platform is powered by the entry-level Intel B150 core-logic set that only supports eight PCI Express 3.0 lanes and is generally aimed at office PCs. 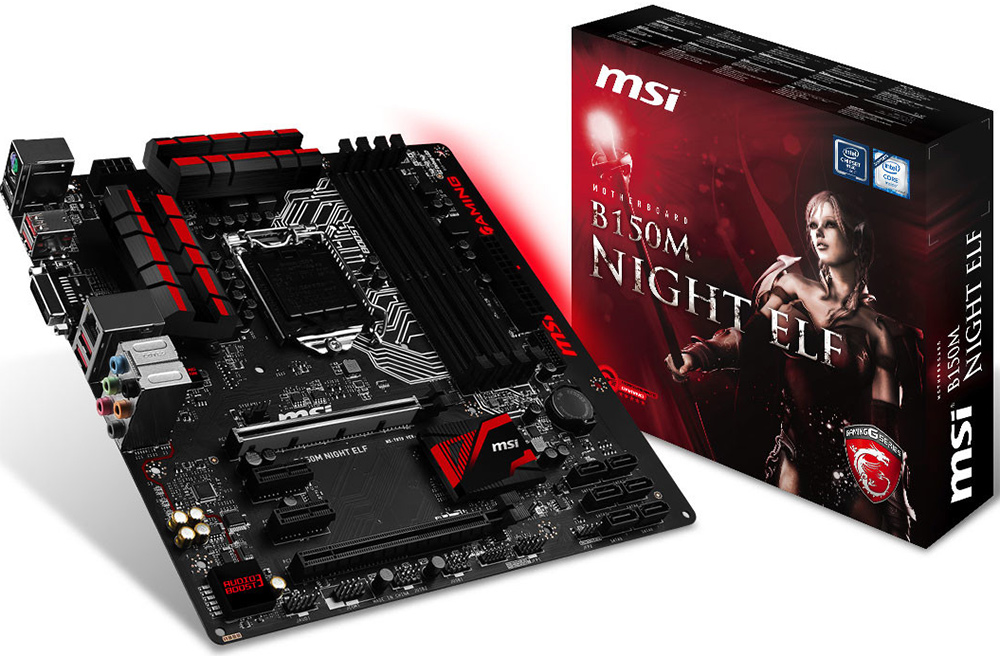 The new B150M Night Elf mainboard sports four DDR4 memory slots, two PCI Express 3.0 x16 slots for graphics cards (one of which can operate in PCIe 3.0 x4 mode), two PCIe x1 slots for add-in-cards, six Serial ATA-6Gb/s ports, 8-channel audio, six USB 3.0 ports, Gigabit Ethernet (based in Intel I219 controller) and so on. The mainboard only has one DVI output and hence is not compatible with DisplayPort or HDMI monitors unless a discrete graphics adapter is used. 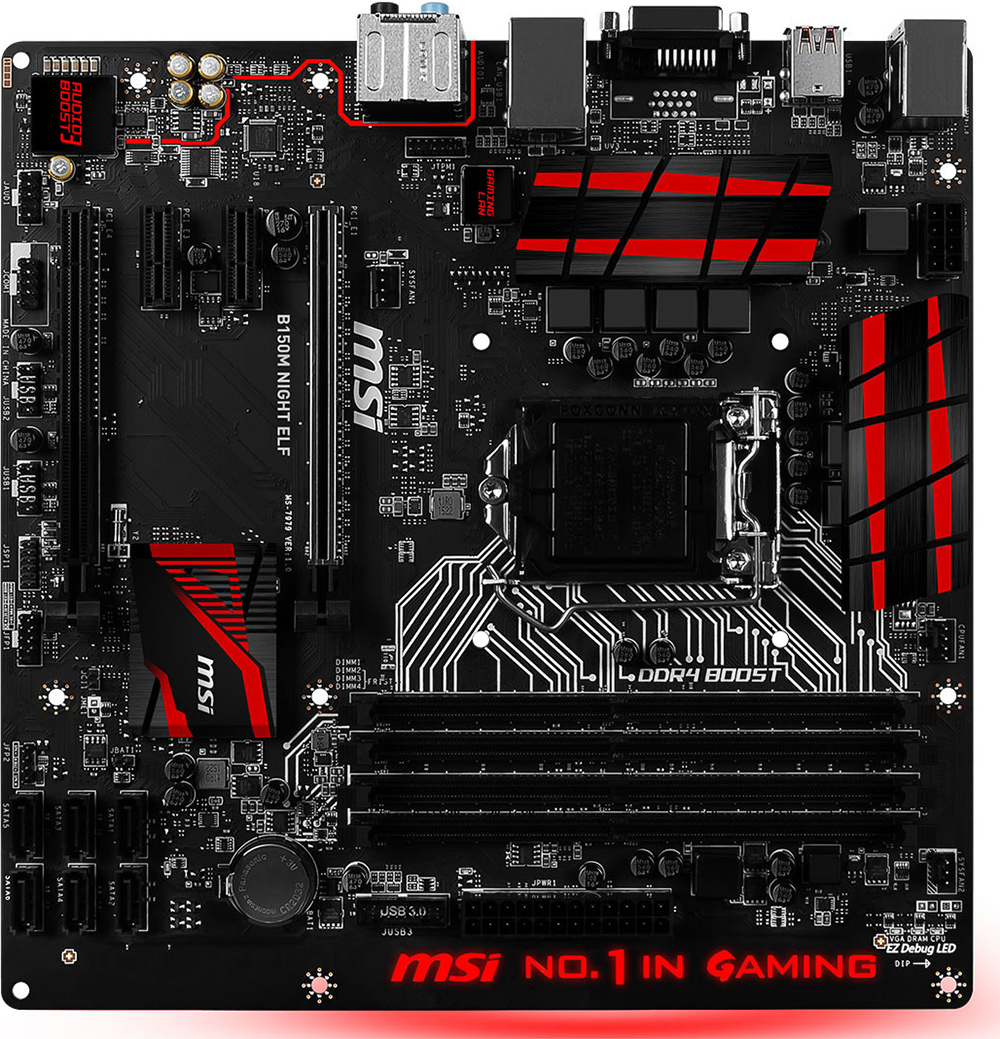 While the MSI B150M Night Elf platform formally belongs to the MSI Gaming family, this one does not support contemporary I/O capabilities, such as M.2 slot for solid-state drives, SATA Express connector, USB 3.1 ports and so on. Several things that actually differentiate the Night Elf from inexpensive solutions for office PCs are the red LED illumination, EMI-shielded audio sub-system, MSI Gaming LAN software that automatically prioritizes games above other applications as well as support for DDR4 memory tweaking.

Exact price of the MSI B150M Night Elf is unknown, but it should be pretty low.

KitGuru Says: Usage if Intel B150 core-logic for a gaming mainboard is a very strange decision. The B150M is not designed for personal computers with high-end standalone graphics adapters or high-performance storage devices. Nonetheless, features like red LED illumination, MSI Gaming LAN software and some other clearly point to the fact that it is indeed a solution for gaming PCs. On the other hand, if you are building a very inexpensive machine, the Night Elf may be a rather good solution: it has high-quality VRMs, four DDR4 memory slots, Gigabit Ethernet, 8-channel audio and so on. 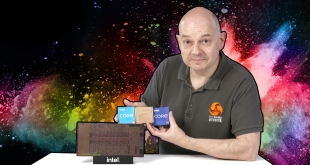