ASUS might be known for producing some of the world’s most premium gaming and overclocking motherboards, but it’s never done anything quite like this one before. Bundling monstrous on-board heatsinks, with an overclocking companion tool, many, many USB ports and a number of other features with the Skylake supporting Z170 chipset, ASUS’ new ROG Maximus VIII Extreme motherboard is one of the most expensive ever, at £325.

Some of the most notable parts of this board are of course the huge heatsinks which cover not only the chipset itself, but the Extreme Engine Digi+ power delivery hardware and there’s even a thermal surround for the backing plate, ensuring that the board stays as cool as it can. That should aid overclocking by improving stability and depending on how long you keep the system running, may even improve its shelf life too. 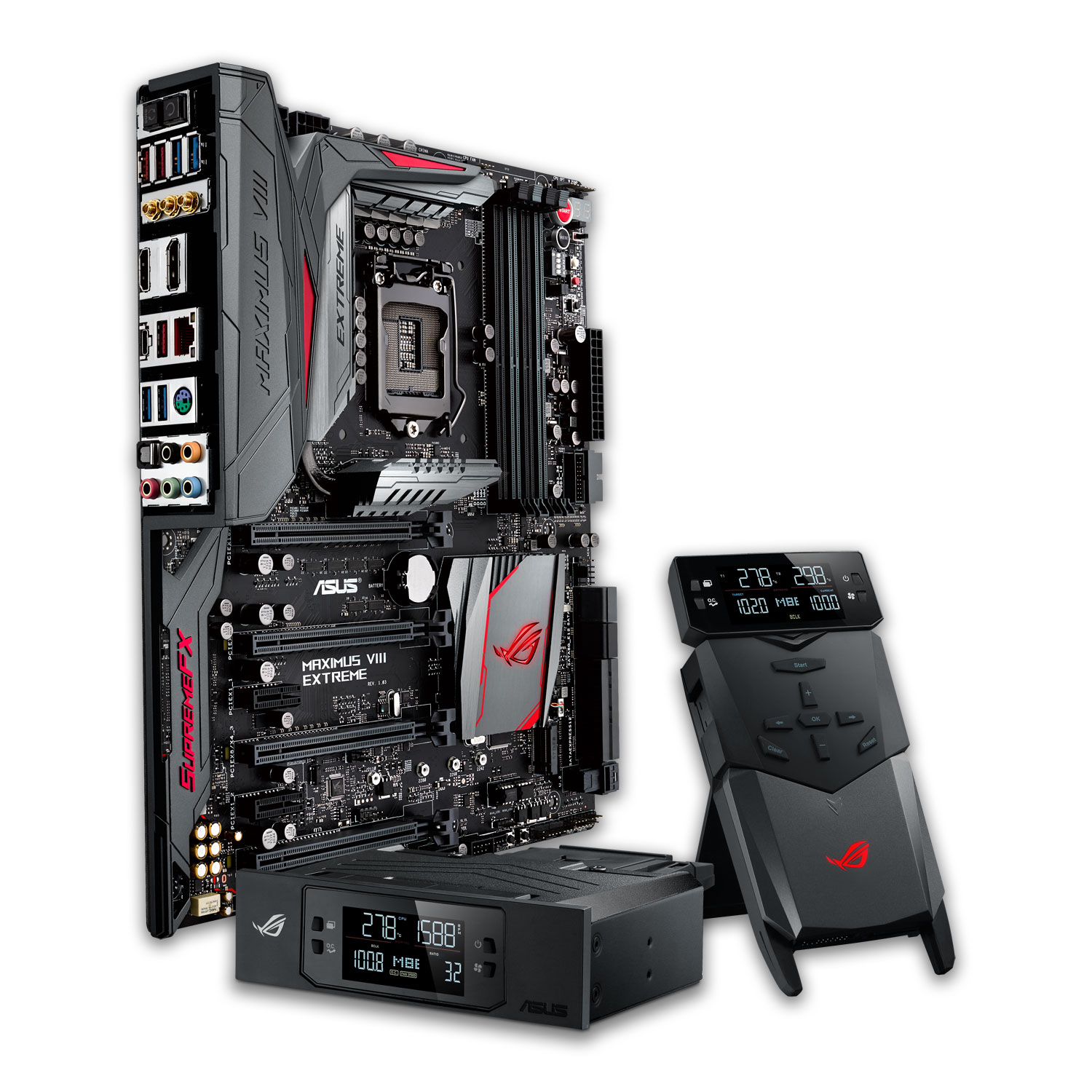 This is a big board though, utilising the EATX standard, but that gives it enough room for a full four PCIE 3.0 x16 slots, which can be run in a x16/x8/x8/x4 set up if required. It also has a pair of PCIExpress 3.0 x1 slots for hardware that doesn’t need quite that much bandwidth.

Memory wise there are four DIMM slots for DDR memory up to 3,866MHz in dual channel. Storage is rather expansive if you choose to make use of all of it, with a total of six SATA III ports, as well as two SATA Express connectors. There’s also a single U.2 port and an M.2 interface for high speed SSDs. 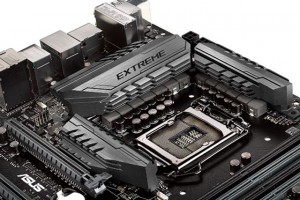 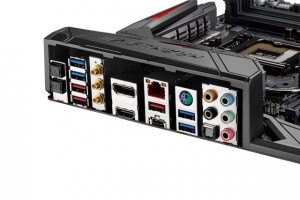 If you opt for external storage however, there’s plenty of connectivity options there too, with Thunderbolt 3 support, as well as eight USB 3.0 ports (four on the back panel and four mid-board), six USB 2.0 ports mid-board and two additional USB 3.1 ports. There’s even a pair of switches on the back for resetting the CMOS or reflashing the BIOS to its default settings.

The ROG VIII Extreme also has a SupremeFX 2015 8-channel HD audio codec, which should provide cleaner quality sound from an on board audio solution than most motherboards, as well as supporting upgradeable OP AMPS for those that like to customise their soundscape.

To top it all off you get a fan controller/overclocking tool with the bundle that connects up to the front panel and provides a wealth of information for the overclockers.

If you’re interested in one of these monster boards, they’re available from Scan and OCUK priced at £325.

KitGuru Says: This is complete overkill for a gamer like me, but I imagine there’s a few system builders among you who could make good use of this. I hope you have deep pockets though.